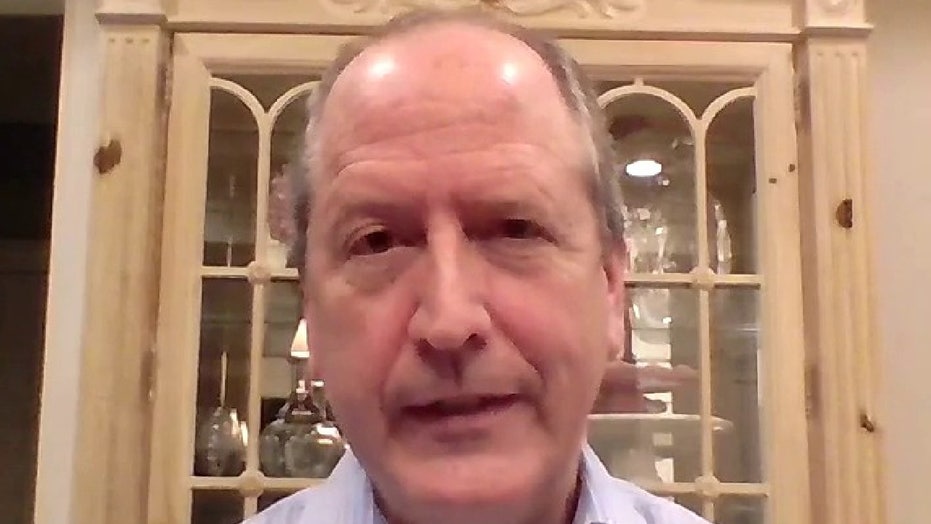 A group of anti-lockdown demonstrators walked the streets of Raleigh, N.C., over the weekend, holding various types of weaponry, and were seen ordering from a local Subway restaurant to protest the state's stay-at-home order.

The roughly dozen protesters -- including one carrying an AT4 rocket launcher on his back -- headed out on the first day of North Carolina’s Phase 1 plan to reopen the state.

Others entered the Subway holding shotguns and one member was seen taking a selfie outside the restaurant while carrying a large .50-caliber prop wooden machine gun over his right shoulder, according to The News & Observer.

“You guys cool with us being in here?” one protester asked as he entered the fast-food restaurant that was limited to takeout and curbside to-go orders. “We don’t want to make it look like we’re threatening or intimidating anyone. That’s why we ask.”

The photos, taken of group members by photojournalist Travis Long, soon went viral and drew the ire of certain celebrities on Twitter -- including Patton Oswalt, Kathy Griffin and Mia Farrow.

"A------. Frightened, dipshit a-------, every single one of them," said Oswalt. "The guy in the first pic brought an AT4. To buy a sandwich. And chips and probably a cookie. 'I feel safe wif mah gun and Imma get a cookie I wanna cookie yay guns.'"

The demonstration was organized by a group called Blue Igloo. Their Facebook page said it was an “opportunity for First and Second Amendment supporters to get together, meet people with commonalities and get some exercise while we’re all wasting away at home,” according to the paper.

"The walk on Saturday wasn't a protest, it was a gathering to support our God-given freedoms as Americans," the group said in an email, according to NBC News. "We headed out for a walk to get some fresh air, sunshine and some much-needed exercise."

The group claimed they were peaceful and not looking for a fight, while adding, "An armed society is a polite society."

People with weapons march in Raleigh, N.C., Friday, May 1, 2020. About a dozen demonstrators marched Friday afternoon around the area of the Old Capitol, Legislative Building, and Executive Mansion. Several had visible firearms. A Facebook post calling for a rally on Friday morning had said it was to promote constitutional free speech and gun rights. (AP Photo/Gerry Broome)

Some of the members wore face coverings -- meant to limit the spread of the virus -- while others did not. Raleigh and State Capitol Police reportedly walked with them as they demonstrated throughout the downtown area.

North Carolina has more than 14,938 confirmed coronavirus cases and at least 564 deaths from the virus as of Monday morning, according to data from Johns Hopkins.