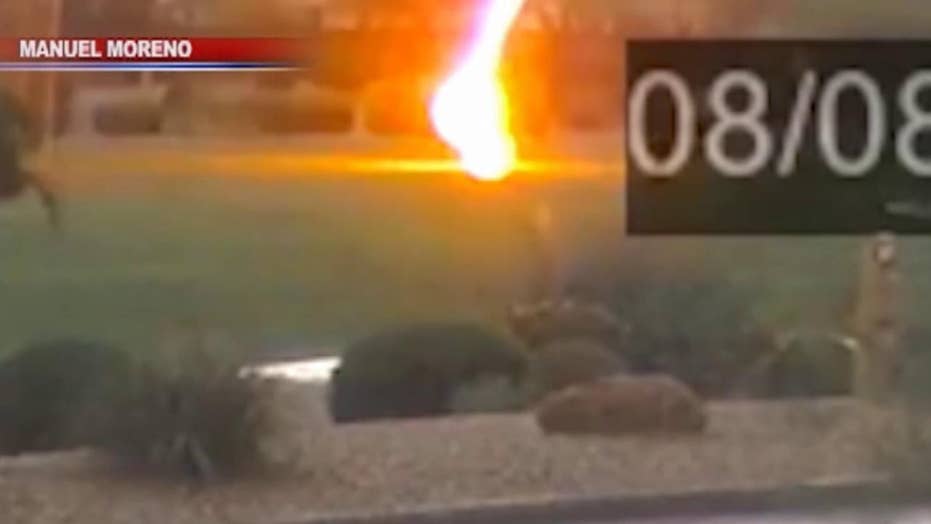 13-year-old Josiah Wiedman was released from the hospital just five days after he and his friend were struck by lightning.

An Arizona teenager said he felt like Superman after surviving a lightning strike last week.

Josiah Wiedman, 13, of Phoenix, recalled the incident that initially left him unconscious and in critical condition. The moment the teenager was struck was captured on video.

Wiedman told FOX10 Phoenix he was walking through a park on his way home after it started raining. Then, he felt “this burst of heat” before blacking out.

"It started kinda raining, so I was going home," he recalled. "Then randomly, I felt this burst of heat, then everything went dark."

The teenager’s friend Javier Tapia, 13, was also struck but not seriously injured.

Wiedman fell and hit his head after he was struck by the bolt, suffering a concussion. A witness ran over and gave him CPR -- a move credited with saving the boy's life.

Dr. Craig Egan of the Phoenix Children’s Hospital said the electricity that went through Wideman’s body caused his heart to stop.

"Just enough electricity to temporarily stop the heart. Again, the CPR is what saved him," Egan said.

Wiedman’s mother said she believed the skateboard her son was holding took a large portion of the electric shock. The teenager said being struck felt like “needles constantly being stabbed into me.”

Egan said Wiedman has a quick recovery despite the incident and was “amazed there’s not more injury to Josiah or his friend.” The teenager was released from the hospital Monday.

Wiedman said he can’t believe he “beat death” and he felt like a superhero.

He added: "I feel like I’m Superman right now."