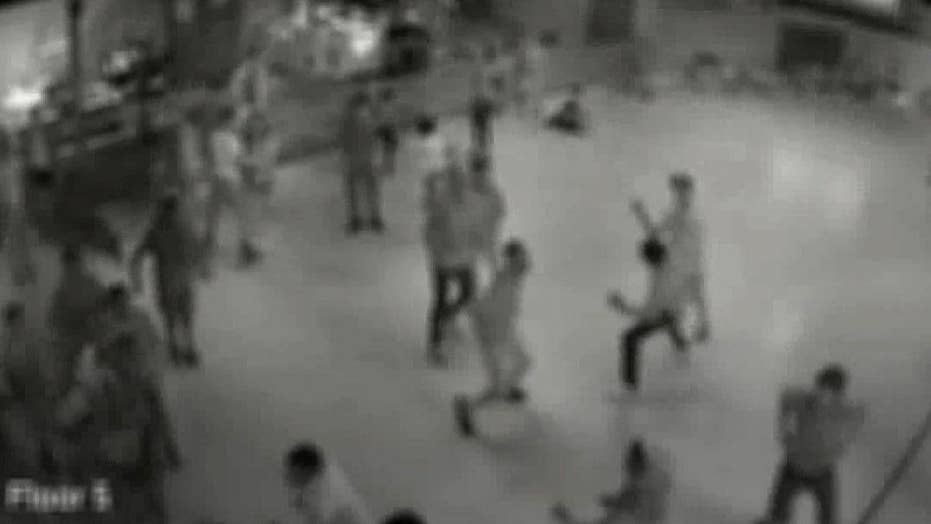 Multiple fights broke out in an Arizona skating rink with more than 200 kids inside.

Newly released video shows the moments authorities responded to a massive brawl that erupted in March among teenagers at an Arizona skating rink.

The Glendale Police Department said the incident happened during a spring break teen night event on March 16 at Grate Skate in Glendale, located just outside Phoenix.

Authorities were contacted after multiple fights broke out in the parking out outside the rink after about 200 teenagers were turned away because the facility had reached a capacity of about 500 people, officials said.

In the new body camera video obtained by FOX10, crowds of teenagers can be seen inside and outside the skating rink as officers arrive. The videos have been heavily redacted because of the minors involved, but the melee inside is visible.

Several teens were caught on camera punching one another inside the facility.

Glendale police officials release surveillance video of brawl that broke out at an all-night event at Great Skate in Arizona.

The teenagers can then be seen running towards the multiple fights that broke out in the skating rink. Police said they had to eventually use pepper spray to disperse groups and maintain that officers acted accordingly to halt the "mob-like environment."

One officer could be seen in surveillance video using a Taser because police said the teen wasn't cooperating, raising his fists at officers. The teenager was later taken to an area hospital.

Despite the brawl and large police response, no arrests were made in connection to the incident, according to FOX10.