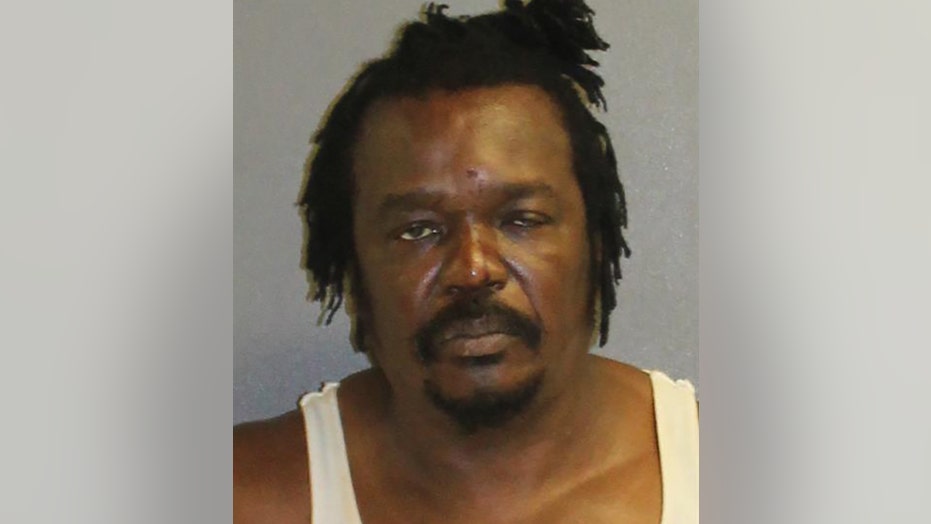 A Florida man wielding nunchucks and bug spray tried to quiet a group of noisy neighbors, spraying them and threatening to open fire on the revelers — but the only person he ended up injuring in the crazed quest for quiet was himself, officials said.

Larry Adams, 61, was arrested after the bizarre confrontation, which residents said was sparked by loud music coming from a car outside a Daytona Beach apartment complex late Monday night, FOX35 Orlando reported. One neighbor told the station Adams initially tried to frighten the group, but the bid backfired – literally – when he struck the car frame with the nunchucks and the martial arts weapon unexpectedly bounced off the vehicle's body and smashed into his face.

"That was funny, I was like, this man really just hit himself with the nunchucks," Cici Sylvester told FOX35.

Police found Adams with a small cut on his forehead, apparently from a misfired nunchuck strike, according to reports. (Volusia County Corrections)

Adams allegedly also threatened to shoot the group, and doused them with roach spray, according to the station. Officers responded to the scene after Adams and his neighbors called police on each other.

When cops arrived, they noted Adams had a cut on his forehead, and a subsequent check of his home revealed a nunchuck, an empty can of roach spray and a box containing a loaded semiautomatic handgun magazine, WKMG-TV reported, citing the arrest affidavit. It was not clear if Adams owned a gun or had one in his dwelling.

Adams was booked into the Volusia County Jail on charges of aggravated battery and assault, according to the station.

The manager of the apartment complex told FOX35 Adams is set to be evicted.