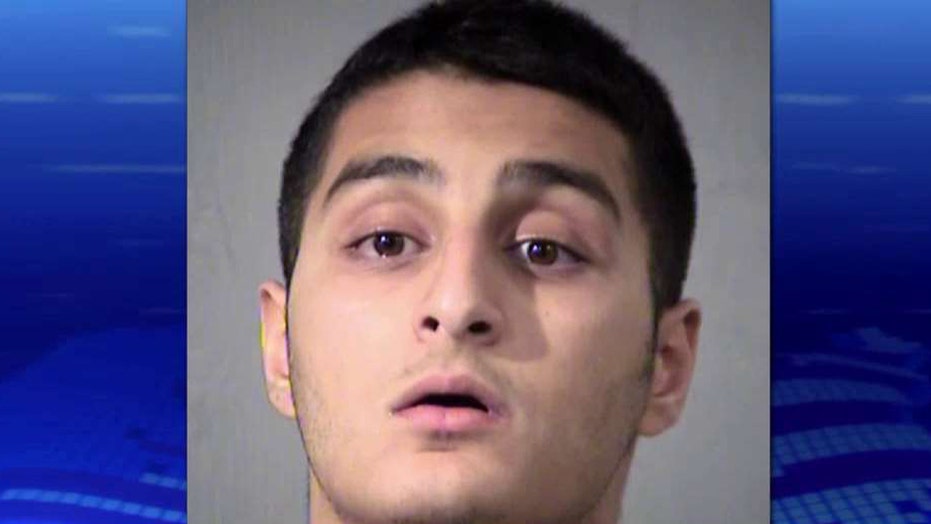 PHOENIX – An 18-year Tucson man arrested on terrorism charges expressed support for the Islamic State and made contact with a terrorist organization about obtaining weapons and bomb-making instructions for an attack, a newly unsealed document shows.

Authorities released a previously sealed probable cause statement on Wednesday detailing the circumstances of the arrest of Mahin Khan.

Khan, who turned 18 last month, was arrested in Tucson on Friday at his family's home and is being held in Phoenix without bond.

It's unclear whether Khan has an attorney. The Associated Press has made several attempts to reach Khan's family in Tucson.

Documents show the FBI was tracking Khan in April and that he made contact with a terrorist organization about obtaining weapons and instructions to make a bomb.

Khan wrote in emails to an alleged member of the Pakistan Taliban that he was a supporter of the Islamic State group and was looking to carry out an attack. The person he was corresponding with told Khan via email he would have to pay for the weapons he requested, prompting Khan to respond that he changed his mind and wanted the instructions for a bomb instead.

The heavily redacted document shows Khan made contact with someone on April 16 and asked about targeting Mission Bay, California. He also sought two assault rifles and a pistol.

Little information exists about Khan's past. Catalina Foothills School District spokeswoman Julie Farbarik said he attended a high school there for a few days in August 2013. She said Khan had behavior issues and that his parents withdrew him to avoid disciplinary action.

A spokeswoman for the Tucson Unified School District said the district was closed and she was unable to look up whether Khan had attended school there.

Records show Khan's family has lived in Tucson for several years and his father has a medical license.

The unsealed document contains exchanges between Khan and the alleged member of the Pakistan Taliban, a violent organization also known as TTP.

On Feb. 22, Khan described himself as an "American Jihadist" who supports the Islamic State and TTP. He sent a picture of himself and said he needed guns to "take out marines and jews."

Khan made a first appearance in court on Saturday and will have a preliminary hearing on July 12. He has not yet entered a plea.