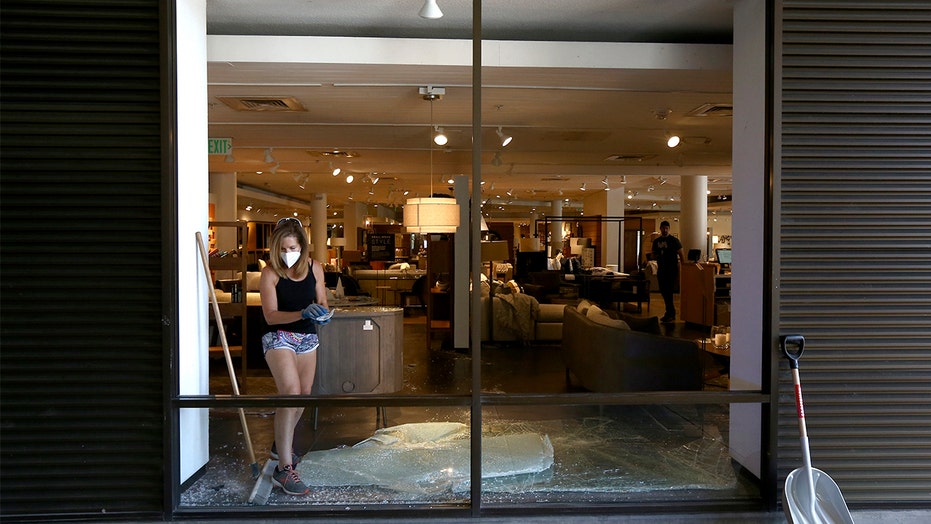 Police have arrested almost two dozen people and recovered $46,000 in property days after a wild night of “unprecedented” looting and rioting in Scottsdale, Ariz., according to local reports.

The Scottsdale Police Department announced eight more arrests Wednesday evening in connection with a frenzy at the Fashion Square Mall on Saturday.

News chopper video taken by Fox 10 Phoenix showed dozens of masked people at the scene, with some individuals smashing through glass storefronts as others tore down fences. Looters could be seen entering the shops and later running out with their arms full of goods.

The Fashion Square chaos resulted in millions of dollars in damage and at least one assault, ABC 15 reported.

One of the suspects, Maurianna Griffin, 30, allegedly had more than $28,000 in stolen goods in her possession, the outlet reported. Most of it was designer bags and sunglasses.

Five of the other eight suspects were described as “roommates” between 18 and 19 years old. Police recovered $11,000 in stolen property from two of them, according to the report, and charged the others with trespassing. The remaining two suspects each allegedly possessed about $4,000 of property stolen from the mall.

The looting came amid nationwide protests over the death of George Floyd, who died in police custody in Minneapolis on May 25.

Scottsdale Police Chief Alan Rodbell condemned the actions that led to Floyd’s death in a press conference Sunday. But he said the looting at the mall was not a protest but “something entirely different.”

A volunteer helps clean up the damage inside a Crate &amp; Barrel retail store at the Scottsdale Fashion Square Mall Sunday, May 31, in Scottsdale, Ariz., following a night of unrest and protests over the death of George Floyd. (AP Photo/Ross D. Franklin)

“While some may have indeed come to join what they believed would be a peaceful protest, what occurred was neither peaceful, nor a protest,” Rodbell said. “It was clearly these people came down here to destroy property and to steal. It was as simple as that.”

Local police declared it “an unlawful assembly” and had to call in backup from several surrounding communities.

They arrested 12 people at the scene and said again on Wednesday, after announcing the new arrests, that they still expected to charge more people.