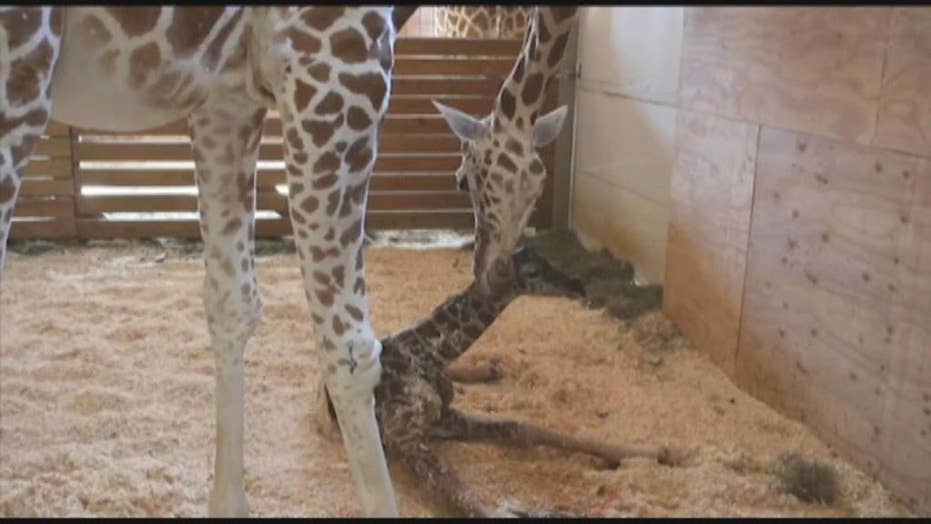 April the Giraffe is pregnant again

The 17-year-old giraffe, who became an Internet sensation during her last pregnancy in 2017, is expecting her fifth calf.

This is no tall tale — April the Giraffe is pregnant again.

The 17-year-old giraffe, who became an Internet sensation during her last pregnancy in 2017, is expecting her fifth calf. Animal Adventure Park in Harpursville, N.Y., hinted April may have been pregnant in late June when zoo staffers sent the animal’s feces to a lab for testing.

World waits, watches for April the giraffe to give birth

“The results are in and we are having a baby!" park owner Jordan Patch told “Today” on Wednesday.

Patch said 7-year-old Oliver the Giraffe is the father of the calf. April and Oliver have one calf together name Tajiri, whose birth was livestreamed to more than 1 million viewers on YouTube. This will also be April’s second pregnancy at Animal Adventure Park.

It’s unclear if the newborn will be a female or male calf, but Patch estimates the pregnancy could take up to 19 months.

April’s long road to labor was played out during her 2017 pregnancy when millions of people waited for the new calf to be born. Staffers initially estimated the calf would be born in a couple of weeks when the YouTube livestream began in February -- but it dragged on until...April.

The livestream racked up more than 232 million live views and 7.6 billion minutes of live watch time.

April has maintained her social media celebrity status since rising to fame last year. The zoo already turned on the livestream of April’s pen on Tuesday, showing the mother with Tajiri and Oliver.