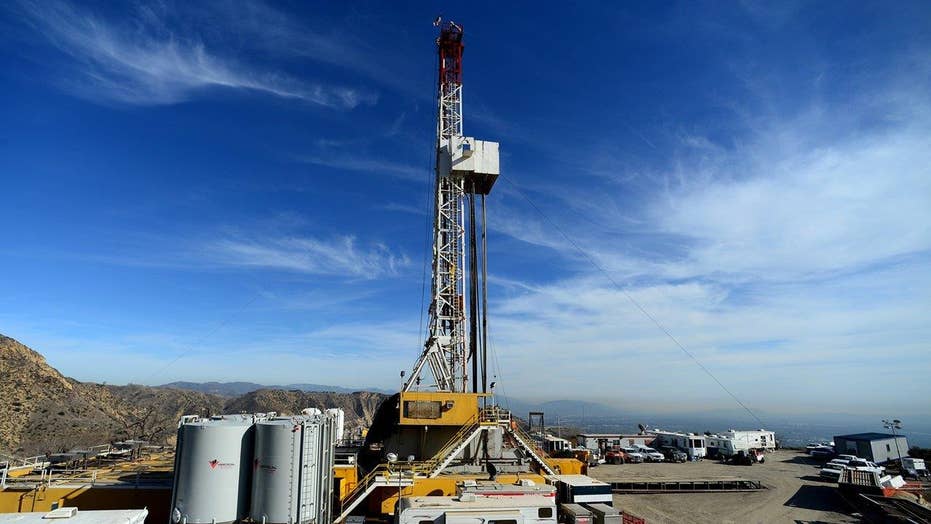 A California appeals court judge temporarily blocked a Los Angeles natural gas storage facility Friday from reopening -- a year and a half after a major blowout spewed methane that drove thousands of families from their homes.

The order late in the day by Associate Justice Lamar Baker of the 2nd District Court of Appeal came after Los Angeles County lawyers unsuccessfully tried to get a lower court to stop Southern California Gas Co. from resuming operations at Aliso Canyon.

State regulators last week gave approval to allow the company to pump gas into underground storage wells after an overhaul and rigorous testing. The county said it feared operations would resume Saturday.

The facility above the San Fernando Valley has been largely out of commission since an old well failed in October 2015, unleashing methane for nearly four months and leading 8,000 families to evacuate.

The utility said in response late Friday that it has met and sometimes exceeded the state's safety requirements for the field, and that "unnecessary delays will challenge our ability to meet" the inventory requirements regulators are asking for to avoid an energy shortage.

The appeals court gave the parties until 6 p.m. Saturday to file arguments. The judge can then extend the temporary stay, or lift it.

The blowout released the largest-known amount of climate-changing methane in U.S. history and led to widespread complaints of nosebleeds, nausea, headaches and symptoms that persisted even after the leak was capped last year.

Brian Seligman holds a sign to protest a gas leak in the Porter Ranch area of Los Angeles before a meeting of the California Air Quality Management District in Granada Hills, California, Jan. 9, 2016. (Reuters/Danny Moloshok)

The county's effort to keep the facility closed hinges on a claim that the state's extensive safety review had not taken into account the risk of an earthquake from a fault that runs through the field.

In rejecting the county's petition earlier in the day, Los Angeles Superior Court Judge John Wiley said he didn't have authority to overturn orders by the California Public Utilities Commission.

"So what's my power?" Wiley said. "Zero. I have zero power. Because in the 1950s the Legislature said, 'Hands off. The PUC owns this problem.'"

County lawyer Skip Miller disagreed and said the county would file a last-minute request for a stay with the higher court.

"I think your honor is just dead-bang wrong," Miller told the judge. "This is super important to the county of LA and the 30,000 people who live out there."

The county's appeal said it needed to block operations because it was notified the company planned to resume operations Saturday, and if that happened its legal bid would be moot.

Chris Gilbride, a SoCalGas spokesman, said the utility has a few steps to complete before it can resume storing gas and wasn't sure when it would restart.

The state allowed SoCalGas to resume limited operations last week under stricter rules put into effect after the blowout. Fewer than half the 114 wells in the field have passed tests that would allow them to be used.

The county, however, said the state's review didn't adequately address the threat of a strong quake rumbling across the Santa Susana Mountains where the field is located.

"That's a recipe for disaster," Miller said. "We think they're jumping the gun."

The county's legal filing included emails and a declaration from a former SoCalGas manager who raised concerns several years ago about the danger. Jim Mansdorfer, who managed the company's gas storage wells for years, said the Santa Susana fault could rupture all wells and release gas at 100 to 1,000 times the rate of the 2015 blowout.

In response, the state said the facility has likely undergone more scrutiny from a regulatory agency than any facility in the U.S. and the county didn't have a valid claim but could appeal to regulators.

The county's claims are based on "the vague possibility of a future, hypothetical catastrophic earthquake," the state said.

"Fearmongering and heated rhetoric aside, the county fails to allege a legal or factual basis upon which relief, let alone emergency relief, may be granted," Deputy Attorney General Jennifer Rosenfeld said.

SoCalGas echoed the state's arguments in a legal filing. In a letter to politicians and policymakers Monday, it said the county's claims were "baseless and wrong."

The company said it didn't agree with Mansdorfer's opinion, but it had forwarded his concerns to regulators.

While the company and the state have deemed the facility necessary for home heating and to fuel gas-fired power plants, Southern California has avoided predictions of blackouts over the past year while the facility was closed.

Many residents want to see Aliso Canyon permanently shuttered. They have held boisterous protests at the facility's gate, at public meetings and demonstrated in red T-shirts Friday that said "Shut it down."

"It's very scary," Porter Ranch resident Richard Mathews said after the hearing. "So many people are feeling such terrible symptoms from this. People are still getting sick, and if they start the injections, if they increase the pressure 60 percent as expected, it increases the risk to all of us enormously."