File image showing a test of an SM-3 interceptor. A test of the missile defense system failed on Wednesday. (U.S. Navy, File)

It was the second failure of an SM-3 antiballistic missile interceptor since June.

“We’re now one for three,” a U.S. official with knowledge of the test told Fox News.  The official was not authorized to speak to the media, and requested anonymity.

In February, an SM-3 missile launched from the USS John Paul Jones, a guided-missile destroyer, successfully shot down an intermediate-range ballistic missile target dropped from a cargo plane.  The same type of scripted test was performed Wednesday, resulting in the miss.  The test was performed from a land-based missile defense system using the same type of missile in Hawaii.

A spokesman from the U.S. Missile Defense Agency only would acknowledge a test took place, but refused to reveal the results. 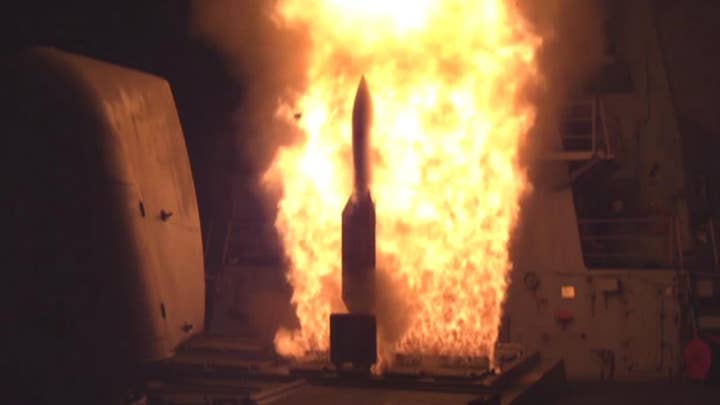 The agency normally puts out a press release and video after a successful test.

In another failed test in June, an SM-3 fired from USS John Paul Jones missed the mark as well.

SM-3 missiles destroy incoming ballistic missile threats in space using nothing more than “sheer impact,” like hitting a 10-ton truck traveling at 600 mph, according to Raytheon Co., who makes the missile.

The system currently is deployed in Romania, and is “on track” to be deployed on U.S. warships and at military bases this year, according to the company’s website.