Should heads roll over FBI mishandling of Nikolas Cruz case?

The FBI mishandling of the warnings about the gunman in the Parkland high scool shooting is worse than initially believed as authorities received a tip on Jan. 5 and failed to follow-up. #Tucker

Attorney General Jeff Sessions on Friday ordered an "immediate review" after it emerged that the FBI had not acted on a recent tip that Florida school shooting suspect Nikolas Cruz wanted to “kill people” and there was the “potential of him conducting a school shooting.”

In a statement, the bureau admitted to receiving a call on Jan. 5 from a person close to Cruz who contacted the FBI through its Public Access Line (PAL) tipline to express concerns about his erratic behavior and disturbing social media posts.

Cruz, 19, opened fire at Marjory Stoneman Douglas High School on Wednesday, killing 17 people. He has confessed, according to court documents.

"Under established protocols, the information provided by the caller should have been assessed as a potential threat to life," the FBI statement said. "We have determined that these protocols were not followed for the information received by the PAL on Jan. 5."

"It is now clear that the warning signs were there and tips to the FBI were missed," Sessions said in a Friday afternoon statement. "We see the tragic consequences of those failures."

"The FBI in conjunction with our state and local partners must act flawlessly to prevent all attacks," Sessions continued. "This is imperative, and we must do better. I have ordered the deputy attorney general to conduct an immediate review of our process here at the Department of Justice and FBI to ensure that we reach the highest level of prompt and effective response to indications of potential violence that come to us."

The FBI concluded that the caller's information was not forwarded to the Miami FBI field office, and that "no further investigation was conducted at the time." FBI Director Christopher Wray said the bureau would review what had happened. 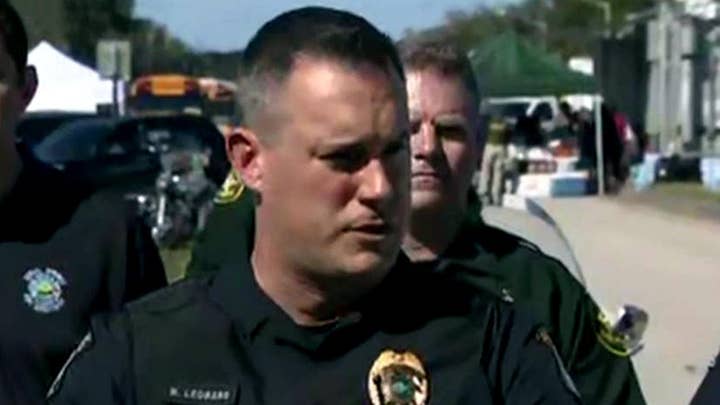 “We are still investigating the facts. I am committed to getting to the bottom of what happened in this particular matter, as well as reviewing our processes for responding to information that we receive from the public," Wray said in the statement. "It’s up to all Americans to be vigilant, and when members of the public contact us with concerns, we must act properly and quickly."

He continued: "We have spoken with victims and families, and deeply regret the additional pain this causes all those affected by this horrific tragedy. All of the men and women of the FBI are dedicated to keeping the American people safe, and are relentlessly committed to improving all that we do and how we do it.”

"Under normal protocol, this information should have been provided to the Miami field office," FBI special agenst Robert Lasky said in a Friday afternoon press conference. "The FBI is still investigating the facts of this situation. We will conduct an in-depth review of our procedures."

Cruz reportedly had dozens of run-ins with law enforcement prior to Wednesday's shooting at Marjory Stoneman Douglas High dating back to 2010. Broward County Sheriff Scott Israel said Friday that there were "20 calls for services in the last few years."

"Everyone of these calls for service will be looked at and scrutinized," he said.

Many 911 calls emanated from 80th Terrace St. in Parkland – the suburban address where the teenager lived with his younger brother, Zachary, and their adoptive mother, Lynda, BuzzFeed reported.

The calls – dating as far back as 2010 and continuing until November 2016 – shed a light on two erratic and violent boys who repeatedly “threw items,” were “out of control” and fought with their mother and each other on an apparently regular basis. 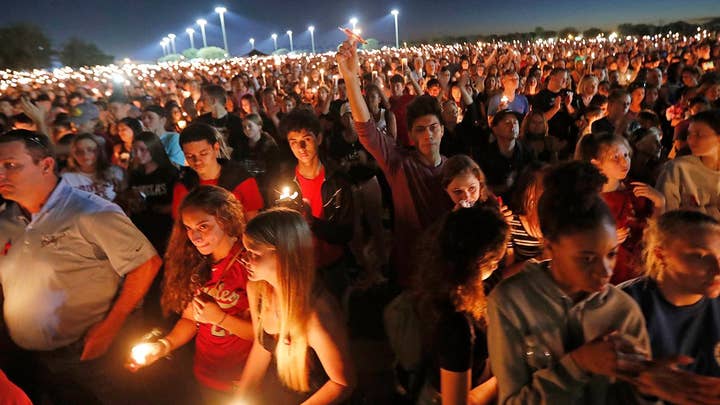 NIKOLAS CRUZ WAS LIVING WITH HS STUDENT IN MONTHS LEADING UP TO MASSACRE, ATTORNEY SAYS

Despite the repeated calls to authorities, Cruz was never arrested – and was basically cleared as being “no threat to anyone or himself,” as one therapist said in a police report from Sept. 28, 2016.

In that particular call, the sheriff’s office said Nikolas and his mother were fighting over paperwork needed for him to get an ID card. In their report, deputies detailed how the teen had been harming himself and had talked about buying a gun.

The therapist on scene, Jared Bienenfeld with Henderson Mental Health, and the deputies concluded there were “no signs of mental illness or criminal activity.”

TRUMP: 'SO MANY SIGNS' FLORIDA SHOOTING SUSPECT WAS 'MENTALLY DISTURBED'

According to reports, Cruz and his brother both suffered from mental health issues, including ADHD and OCD, and took medication as treatment. Cruz's lawyer said Thursday her client was "a broken human being" and the team was looking into an evaluation for autism.

President Trump's spiritual adviser on the importance of prayer and faith after a tragedy.

Cruz was able to legally purchase the AR-15 he used in the mass shooting. Attorney Jim Lewis told the Sun-Sentinel that the teenager already owned the gun when he moved in with his friend’s family around Thanksgiving, after his mother's November death.

Cruz was expelled from Marjory Stoneman last year for “disciplinary problems,” with one report saying bullets were discovered in his backpack at one point.

"No other information was included in the comment which would indicate a particular time, location or the true identity of the person who posted the comment," the FBI said in a subsequent statement. 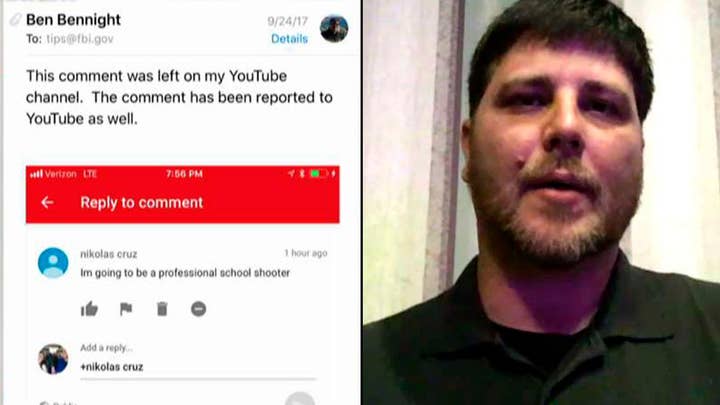 On Thursday, Florida Sen. Marco Rubio said it was "inexcusable" that the FBI had failed to follow protocols that could have prevented Wednesday's shooting.

"The fact that the FBI is investigating this failure is not enough. Both the House and Senate need to immediately initiate their own investigations into the FBI’s protocols for ensuring tips from the public about potential killers are followed through," the Republican senator said in a statement.

"The potential for the FBI to miss something is always there," Lasky said. "We will be looking into where and how the protocol broke down."

Cruz was charged with 17 counts of premeditated murder on Thursday and is being held without bail.