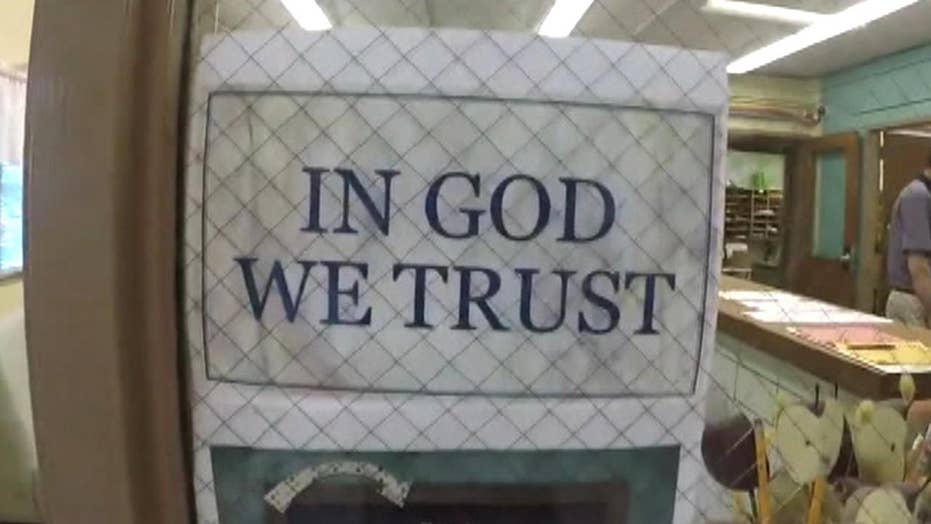 Public schools in 6 states allow 'In God We Trust' motto

Lauren Green reports on the new state laws and the backlash from critics.

Florida students returning to classes this week will see the state’s motto, “In God We Trust,” etched on plaques on campus.

A new statute, part of a sweeping education bill signed into law by Gov. Rick Scott in March, specifically states each school district is required to display the state motto “in all of the schools in the district and in each building used by the district school board.”

The motto must be display conspicuously on school grounds.

The measure was sponsored by Rep. Kimberly Daniels, D-Jacksonville, who runs a Christian ministry. She told the Orlando Sentinel in March the motto is “something so great [that] should not be hidden.”

“This motto is inscribed on the halls of this great capitol and inked on our currency, and it should be displayed so that our children will be exposed and educated on this great motto, which is part of this country’s foundation,” she said when a House committee took up her bill.

“In God We Trust” has been part of Florida’s state seal since 1868 and on the state flag since 1990. However, it has only been the state motto since 2006, according to the Florida Department of State.

The motto is a slight variation of Florida’s first motto, “In God is our Trust.”

In Alabama, legislation approved by state lawmakers in February that would also require schools to display the same motto is facing backlash from critics who call it “a constant push for theocracy.” The legislation is not a mandate.