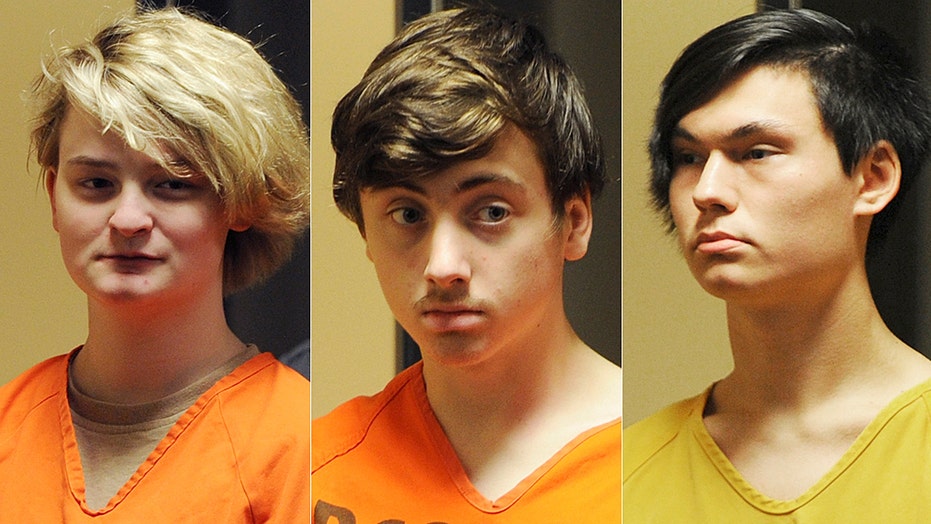 Three Alaska teens charged Tuesday with the murder of Cynthia Hoffman allegedly killed the 19-year-old earlier this month as part of an elaborate scheme to cash in on a $9 million offer that didn't really exist from an Indiana man who merely pretended to be a multimillionaire, prosecutors say.

Denali Brehmer, 18,  Caleb Leyland, 19, Kayden McIntosh, 16 and two other unnamed juveniles were arraigned in a Superior courtroom Tuesday for the June 2 slaying of Hoffman, a developmentally disabled woman, who authorities say was tricked into going to a popular walking trail just outside of Anchorage. But instead of a day out, her killers bound her with duct tape, shot her in the back of the head and dumped her body in the Eklutna River.

Prosecutors say the plan was initiated by Darin Schilmiller, an Indiana man who presented himself as a young millionaire named "Tyler" who purportedly lived in Kansas. Police say he used a fake photo to begin an online relationship with Brehmer.

Three weeks before the killing took place, Schilmiller and Brehmer began discussing a plan to rape and murder someone in Alaska, prosecutors say.

According to court documents, “Schilmiller offered Brehmer nine or more million dollars to carry out the murder and to have photographs and/or videos of the murder sent to him," an offer Brehmer allegedly agreed to.

Brehmer allegedly then recruited her co-defendants to help carry out the plan and the group reportedly met to discuss how they would divide their earnings. 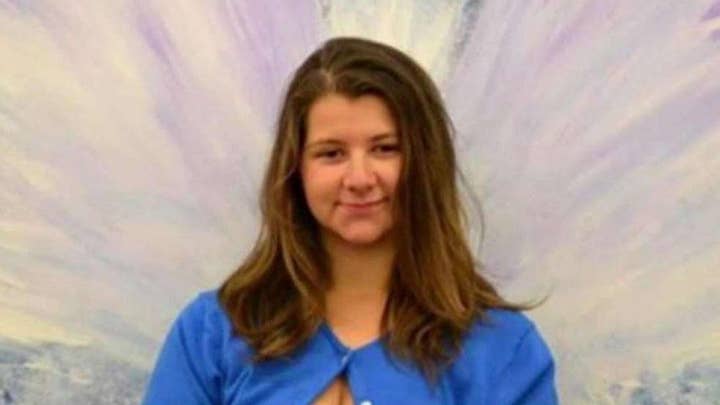 Hoffman was allegedly best friends with Brehmer, and she was chosen by the group as the victim, the documents say.

BODIES OF WOMAN AND HER SON, 3, FOUND IN REMOTE OREGON AFTER BOY’S FATHER ARRESTED ON MURDER CHARGE

Brehmer and McIntosh used Leyland's pickup on June 2 to take Hoffman on a hike at Thunderbird Falls, a popular location about 20 miles north of Anchorage, according to authorities.

According to court papers, at some point, the group went off trail and followed a path to the bank of the Eklutna River, where Hoffman was bound, shot and thrown into the water. Officials said there was no indication Hoffman was sexually assaulted.

McIntosh, who is being tried as an adult in the case, was the gunman, prosecutors say.

Timothy Hoffman, right, father of slain teenager Cynthia Hoffman receives support from Edie Grunwald, left, who's son David Grunwald was murdered in Nov. 2016, as they entered a Superior courtroom for the arraignment of Cynthia's murder suspects in the Nesbett Courthouse on Tuesday, June 18, 2019 in Anchorage, Alaska. (Bill Roth/Anchorage Daily News via AP)

Schilmiller, who was arrested in Indiana and is awaiting extradition to Alaska, admitted to authorities that Brehmer communicated with him during the murder, sending him Snapchat photographs and videos of the killing -- apparently including images of Hoffman bound, court documents revealed.

He also told officials that, after the murder, he and Brehmer discussed another murder but nothing ever came of it. Schilmiller did admit to blackmailing Brehmer into raping people.

In a separate federal investigation rising from the murder probe, Schilmiller and Brehmer were indicted Tuesday on federal child pornography charges, including production and coercion and enticement of a minor. Federal authorities allege Brehmer produced sexually explicit videos involving a minor and sent them to Schilmiller.

In this Sunday, June 9, 2019 photo, Denali Brehmer, 18, stands at her arraignment in the Anchorage Correctional Center in Anchorage, Alaska. (Bill Roth/Anchorage Daily News via AP)

The Alaska teens are being represented by the public defender's office, which has a policy of not commenting on cases. Online court records did not list an attorney for Schilmiller.