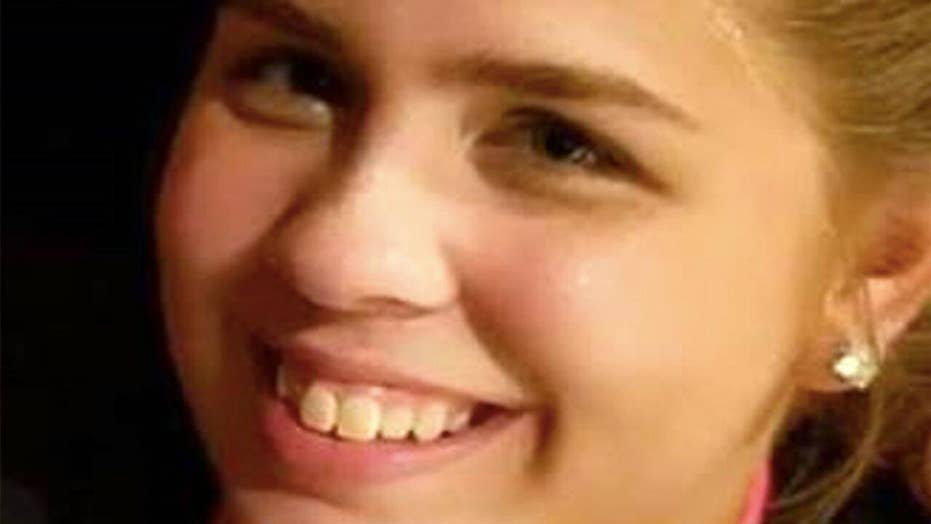 Alabama woman, 19, shot as authorities open fire, raid home in search of man who was already in jail

A 19-year-old Alabama woman was shot by authorities who were conducting a raid searching for a man who is already in jail.

An Alabama woman was shot last week by authorities who entered her home in search of a man — who had already been booked at the local jail the day prior — and officials are chalking the situation up to a "miscommunication."

Ann Rylee, 19, was at home in Wilmer on Thursday morning when Mobile County sheriff's deputies and federal officers from Homeland Security and the U.S. Marshals Office descended upon her property, looking for Nicholas McLeod, a 41-year-old man who is the uncle of Rylee's fiancé.

Ann Rylee, 19, was shot multiple times at her home in Wilmer, Ala., on Thursday after a "miscommunication," Mobile County Sheriff Sam Cochran said.  (Handout)

Investigators approached the house and detained two men outside, who told them there was a woman — Rylee — in the house, according to Mobile County Sheriff Sam Cochran, who told WALA-TV "this lady had armed herself with a shotgun and the entry team was giving her orders to drop the gun, put the gun down, drop the gun several times over a period of a few seconds it seems like."

"She didn't and she pointed the gun at one of them — then two or three agents fired upon her, striking her three or four times," Cochran said.

Rylee was hospitalized, underwent surgery and is expected to survive, her fiancé, Christopher McLeod said. He said authorities were at the home looking for his uncle, "who used to live at that house years ago."

Nicholas McLeod, the man authorities were looking for, was arrested on Wednesday — a day before the shooting — and booked at the Mobile Jail on charges of possession of drug paraphernalia and evidence tampering.

It wasn't immediately clear how authorities didn't realize Nicholas McLeod was already locked up, but the sheriff called the situation a "miscommunication."

"We've narrowed it down to one of two things: The investigators did not make one final check this morning to send teams out to make the arrests or warrants section did not communicate to the computer system — that the warrants were no longer active. We're running that down," Cochran told the news outlet.

The sheriff, who said it wasn't any of his own deputies who fired their weapons, added: "However, if she would not have pointed a gun at the agents — they would have determined all of that on the scene and would have bid her a good day and thank you very much."

But Rylee's fiancé said the 19-year-old woman was asleep on a recliner in their living room when investigators showed up at their house on Thursday. He said he was outside emptying the trash with a friend before going to work when multiple officers, armed with rifles and wearing body armor, pulled up in vehicles and demanded they put their hands up.

He said they keep a shotgun in their living room for protection. Christopher McLeod said two federal marshals who had approached the home started yelling “gun” and fired multiple times before Rylee was shot.

“I just hope she's OK. That's my No. 1,” Christopher McLeod said. “It's just so unfortunate because none of this needed to happen, it had nothing to do with us. We're just victims of an unfortunate situation.”

There is reportedly no body camera footage of what unfolded at the home in Wilmer because the Mobile County Sheriff's Office doesn't own body cameras. Cochran did say, however, that "there is video recordings" of authorities asking her to drop a weapon.