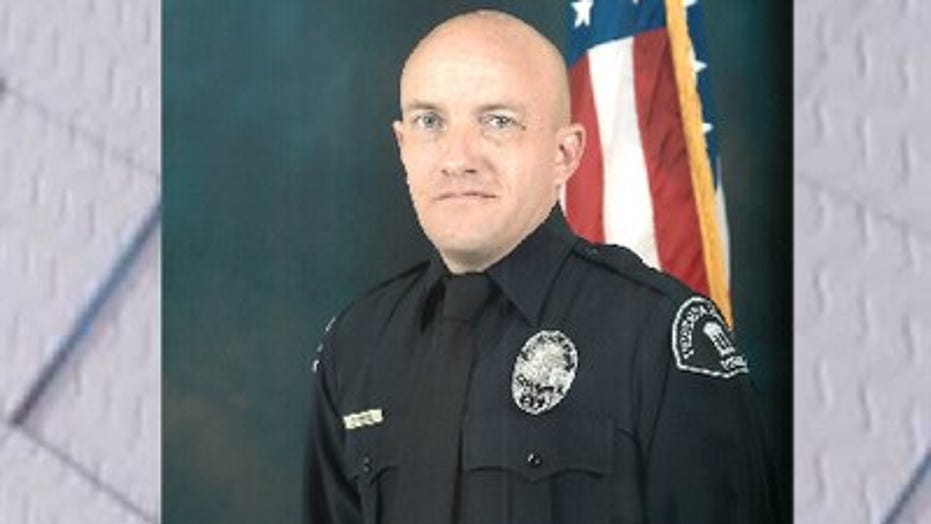 An Alabama police officer has died after being shot in a “domestic” incident, police said Friday.

The officer's wife has been arrested and charged in connection with the death, according to reports.

Officers arrived at the scene in Gardendale, Ala., north of Birmingham, Thursday night and discovered a man “suffering from a gunshot wound,” a news release on Facebook from the Gardendale Police Department said. The man was transported to an emergency room and was pronounced dead early Friday morning.

“During the initial investigation we discovered the victim was a police officer with the Vestavia Hills Police Department,” police said. “We can tell you the incident was domestic in nature.”

The Vestavia Hills Police Department confirmed the identity of the deceased man as Officer Andrew Kimbrel, 42. He had served as a patrol officer, school resource officer and evidence technician, the department said.

"ANDY was loved by his fellow officers and the community in which he chose to protect. The Vestavia Police Department extends our gratitude to the community for their outpouring of support during this difficult time,” the statement read.

Gardendale police later revealed in a follow-up Facebook post that a warrant was secured for Stephanie Nicole Keller, 43, for murder. She has since been arrested and charged, reports said.

Stephanie Nicole Keller, 43, has been arrested in connection with the shooting death of her husband, authorities say. (Jefferson County Sheriff's Office)

Keller, who was being held on a $100,000 bond, was Kimbrel's wife, the Associated Press reported.