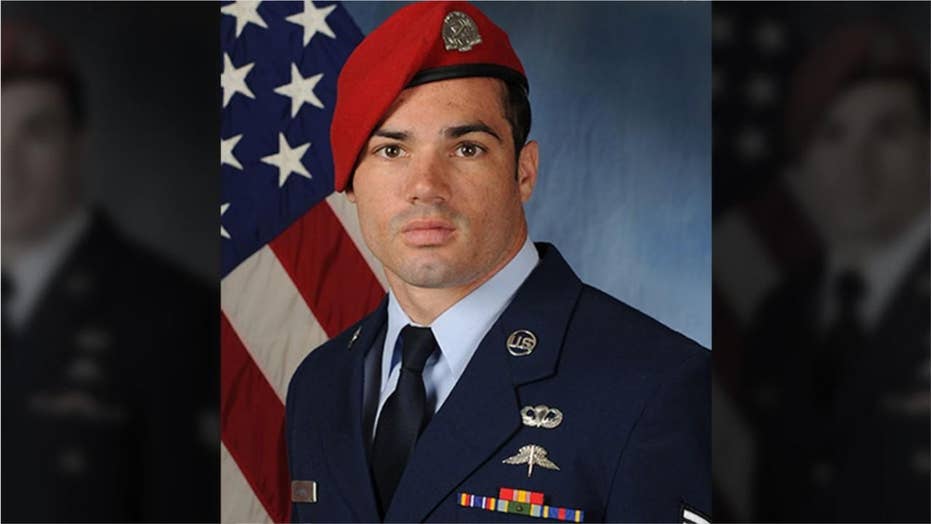 The Air Force has identifies the missing airman who fell into Gulf of Mexico from a C-130 aircraft. He is presumed dead as recovery efforts continue.

The search for an Air Force special tactics combat controller who fell into the Gulf of Mexico after falling out of a plane earlier this month has been suspended, military officials said over the weekend.

The Air Force, along with other military branches, has conducted round-the-clock searches in an effort to recover the remains of Staff Sgt. Cole Condiff.

Air Force Staff Sgt. Cole Condiff, 29, fell out of a plane earlier this month into the Gulf of Mexico.  (Air Force)

The 29-year-old was presumed dead after falling 1,500 feet out of a C-130 aircraft on Nov. 5 during a parachute training exercise near Hurlburt Field, Fla.

“While this is a time of great loss across our organization, I am incredibly grateful for the response of our joint teammates, local agencies and community partners who rallied for 17 straight days to help find our airman,” 24th Special Operations Wing Commander Col. Matt Allen said in a statement.

Crew members said they saw Condiff, whose parachute did not deploy, tread water but lost sight of him when the plane turned around to rescue him.

The Air Force said it could resume the search if there is any new evidence suggesting where Condiff's remains might be. Officials are asking anyone on the water to alert authorities if they spot military gear or a parachute.

The Air Force is still investigating the incident.