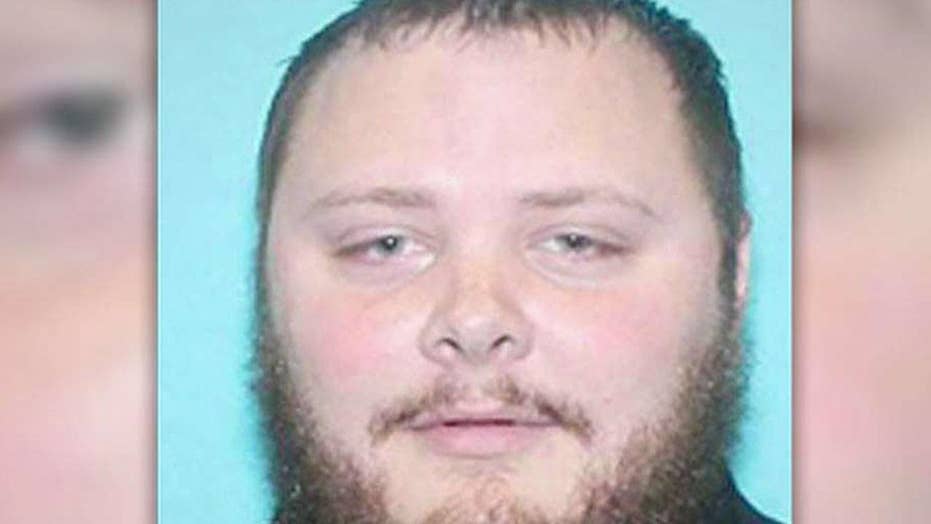 The U.S. Air Force didn’t report Texas church shooter Devin Kelley’s domestic violence conviction to the FBI -- even though it was required by the Pentagon -- leaving the door open for Kelley to buy weapons, officials said on Monday.

The Holloman Air Force Base Office of Special Investigations -- the base where Kelley was stationed -- was supposed to enter his information into the database, according to a statement released Monday night by the Air Force.

Texas governor weighs in on Devin Patrick Kelley and investigation into church massacre that left 26 dead in Sutherland Springs.

Kelley, who killed at least 26 people when he opened fire at a church in Sutherland Springs on Sunday, received a bad conduct discharge from the military in 2014 after being court-martialed in 2012 for assaulting his wife and reportedly fracturing his stepson’s skull on purpose.

He was convicted on two charges of domestic assault, served 12 months in confinement at the Naval Consolidated Brig in California, and was later given the bad conduct discharge.

At issue is the Lautenberg Amendment, enacted by Congress in 1996. The federal law was designed to prohibit people convicted of domestic violence from buying or possessing a firearm regardless of whether the crime was a felony or a misdemeanor.

The Air Force “has launched a review of how the Service handled the criminal records of former Airman” Kelley, Stefanek said in the statement. The statement also noted the Air Force will investigate all of its databases “to ensure records in other cases have been reported correctly.”

The Air Force said it's asked the Pentagon Inspector General to "review records and procedures across the Department of Defense."