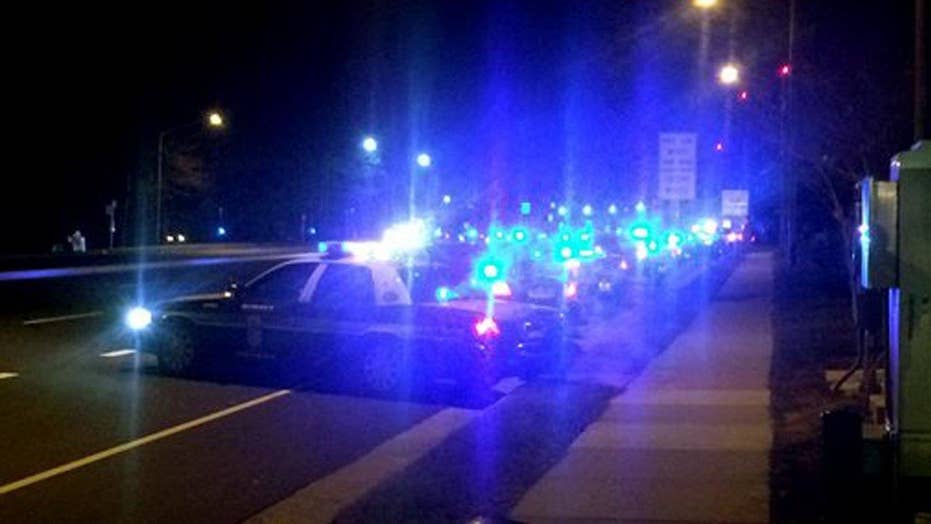 Man suspected of killing officer on her first day identified

The man accused of murdering a Virginia police officer on her first shift is an active-duty Army staff sergeant assigned to the Pentagon.

Ronald W. Hamilton, 32, is an employee at the Joint Staff Support Center, a Defense Information Systems Agency spokesperson confirmed to Fox News. Hamilton has been charged with capital murder of a police officer and first-degree murder for the death of Ashley Guindon, 28, and two counts of malicious wounding of a police officer and two counts of use of a firearm in commission of a felony.

He’s being held without bond ahead of an expected Monday arraignment.

“This is a sad day for everybody in this room,” Prince William County Commonwealth Attorney Paul Ebert said during a Sunday news conference. “It’s a sad day for law enforcement.”

Both Hempen and McKeown remained hospitalized Sunday, though authorities wouldn’t detail the extent of their injuries.

“We are certainly led to believe their recovery will be full; they’re not at risk of life-threatening injuries,” Prince William County Police Chief Steve Hudson said. “But doctors have been very cautious to tell us there’s a long road ahead.”

After Guindon, Hempen and McKeown were shot, additional officers responded and were able to secure Hamilton’s surrender without further incident. When they entered the home, however, cops found Hamilton’s wife, Crystal Hamilton, shot dead. The couple’s 11-year-old son was also in the home, unharmed. He’s currently in the care of family and friends.

While Guindon was on her first shift as an officer, she had a long history with the unit, Hudson said.

She interned with the department in the forensics service section while attending graduate school in 2011, and later applied and was accepted as a police officer. But during her initial field training period in June, she chose to resign for personal reasons, which Hudson did not disclose. Guindon, however, reapplied and the department rehired her earlier in February. She was sworn in the day before she was killed.

“When she came back and reapplied, we were struck by her passion to do this job,” Hudson said. “She did share with us, when we rehired her, she felt like she still wanted to do this job. She couldn’t get it out of her blood. It was something she felt she could pour herself into.”

Guindon had also served in the U.S. Marine Corps Reserve for six years, Hudson said. Her death was just the fourth line of duty death for the department since 1970 and she was only the second officer to be killed during a felony crime in the department’s history, the previous instance coming in 1990.