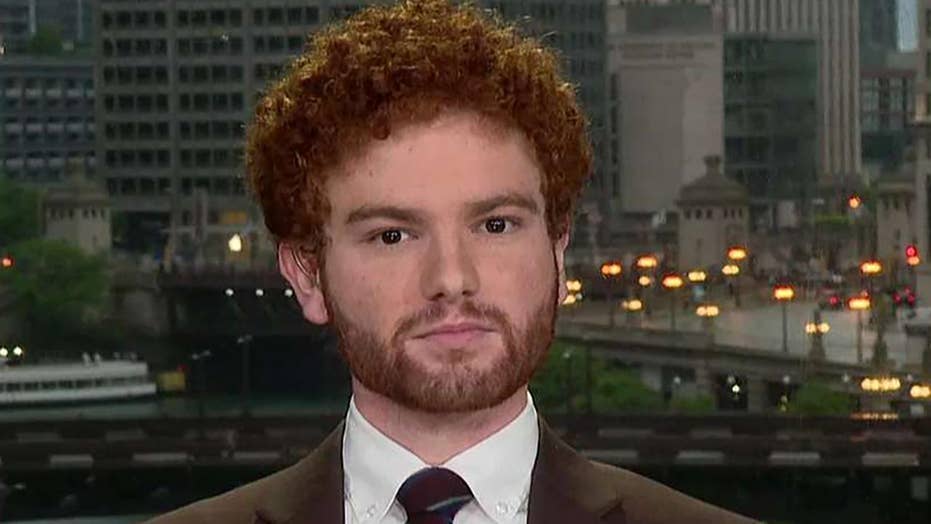 University of Chicago student Brett Barbin speaks out on the backlash against his bill to ban a portion of student life fees from going to abortions.

A University of Chicago student representative told Fox News he received death threats when he proposed a student government bill that would limit student fees going toward abortions.

Brett Barbin, a Campus Reform correspondent, said he was approached by concerned students who found out their student fees could go to funding abortion.

"We are trying to go to school to get an education. We shouldn't have to be violating our conscience in this way," Barbin told "Fox & Friends" Thursday morning.

Barbin said while no money has been used for abortions, the College Council, which has access to student fees, voted to give a grant to the Emergency Fund, which is intended to help low-income students. Jahne Brown, an Emergency Fund representative who is also the student government president-elect, said the fund's first priority is supporting abortion.

“Abortions are a good thing!” Brown wrote. “The Emergency Fund supports and funds abortions proudly! If you need help paying for an abortion, we are here for you!”

When Barbin, a graduating senior who is also the College Republicans president, proposed his bill, hundreds of students protested. He received death threats and hateful messages, including one that wished he was aborted as a child.

Barbin argues his bill was a compromise, much like the Hyde Amendment, so students who don't want to fund abortions, don't have to.

The student representatives didn't see it that way.