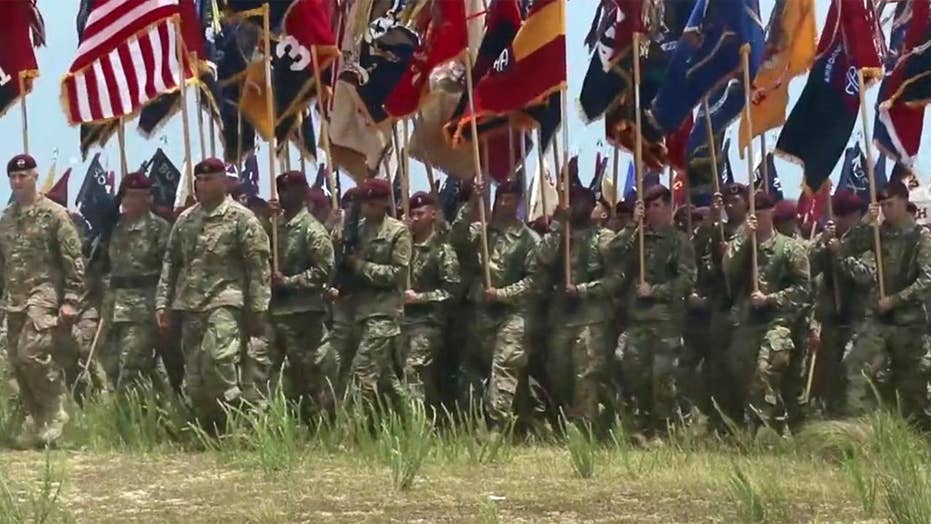 If the Trump administration sends thousands more American troops to Afghanistan to counter the growing insurgency, the soldiers will find the “devils in baggy pants” waiting for them.

The Army has already announced that 1,500 men and women from a key brigade in the vaunted 82nd Airborne Division, whose Luciferian moniker owes to their battle dress and demeanor, will be sent to the war torn nation this summer. It’s an “advise and assist” mission, but if things go south, the 82nd is rough and ready.

“The 'Devils in Baggy Pants' are well-trained, well-equipped, and ready to assist our Afghan partners as part of the Resolute Support mission," said Col. Toby Magsig, commander of the division’s 1st Brigade Combat Team. “Since spearheading allied assaults in Sicily and Anzio in 1943 the Devil Brigade has accomplished its missions through disciplined initiative."

“The 'Devils in Baggy Pants' are well-trained, well-equipped, and ready to assist our Afghan partners as part of the Resolute Support mission."

The Trump Administration is currently reviewing a proposal which calls for thousands more U.S. troops to counter a gathering Taliban threat. U.S. troop levels in Afghanistan peaked in 2011 at 100,000 and decreased each year since, down to 8,400 American men and women in 2017. Trump has not yet signed off on a new strategy, but if more aggressive measures are taken in Afghanistan, the 82nd Airborne Division could play a key part in achieving success.

Lt. Col. Joe Buccino, a spokesman for the 82nd Airborne told Fox News the Combat Brigade’s deployment was not a ramping up of U.S. military in Afghanistan.

“This is not a change to the mission there and this is not an increase in forces,” said Buccino, saying it was there on an advise-and-assist mission in support of Afghan forces. “This deployment represents the normal flow-of-forces into Afghanistan."

The mission of the 82nd Airborne Division is to, “within 18 hours of notification, strategically deploy, conduct forcible entry parachute assault and secure key objectives for follow-on military operations in support of U.S. national interests.”

The Division was constituted in the National Army on Aug. 5, 1917, to support the United States' entry into World War I and was organized three weeks later at Camp Gordon, near Atlanta, Georgia. Initially an infantry division, as there was no airborne capability in the U.S. Army at the time, it became an airborne division in 1942.

The 82nd went on to conduct occupation duty in Berlin in 1945, where Gen. George Patton bestowed upon it the title “America’s Guard of Honor.”

The 82nd Airborne Division has more than 17,500 paratroopers in six brigade sized units, around 15,000 enlisted soldiers, 500 warrant officers and 2,000 officers.

The 1st Brigade Combat Team is the largest of all, composed of 4,300 paratroopers. More than 300 are currently deployed to Afghanistan, while 1,500 will be heading there this summer.

"In Afghanistan, we're up against a determined enemy," Defense Secretary Gen. James Mattis told reporters on Tuesday. "When the government wins the affection, the respect and the support of their people, then no enemy can stand against them.”

According to the Division’s War Memorial Museum, the 82nd is the nation’s Global Response Force, which “trains for airborne assault operations into enemy-denied areas, with a specialization in airfield seizure.”