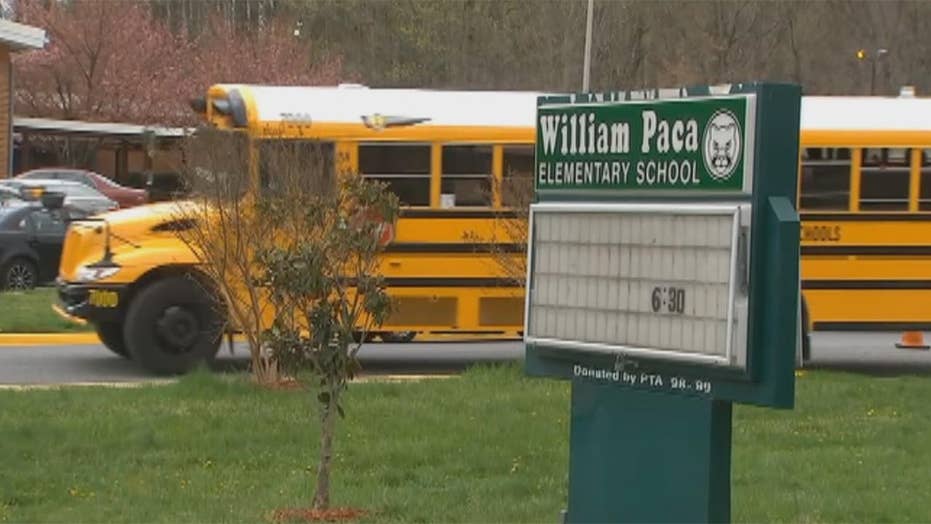 Elementary students cut their wrists at school in Maryland

Seven students at a Maryland elementary school cut their wrists using blades in pencil sharpeners a day after a parent said their daughter attempted suicide in the same building — but parents were only notified nearly three weeks later.

Just before spring break, parents at the school received a notice that handheld pencil sharpeners, with the detachable blades, were banned. On Tuesday, parents found out about the cutting incident in a letter after officials completed their investigation.

“A letter was sent to all parents informing them of the incidents, guidance lessons being taught in school, and counseling resources available if parents or students have concerns,” the school said in a statement to FOX5.

Officials did not reveal details on why the students had intentionally cut themselves, but parents of a fourth grader told FOX5 their daughter had attempted suicide in the same elementary school the day before the cutting incident. The parents said their daughter, who was repeatedly bullied at the school, attempted to hang herself with an apron in the school’s bathroom.

“I thought it was more than an incident. When a child is trying to take their life because other students are picking on them, I think that is an emergency,” William Vannall, the girl’s father, told FOX5. “I think some paramedics should have been there to make sure she didn’t mess her neck up or anything like that. I just thought more should have been done.”

Vannall said the school mishandled his daughter’s attempted suicide and officials should have informed parents about the bullying.

“The minute they came back from spring break, a letter should have been typed up and letting all parents know that bullying won’t be tolerated,” he said. “We just had a child almost kill themselves in a bathroom and nothing was sent out.”

“The school also has a full-time mental health counselor to support students. As a preventative step, counselors are providing guidance lessons to all students on a range of topics related to the recent incidents at William Paca ES,” the statement read.