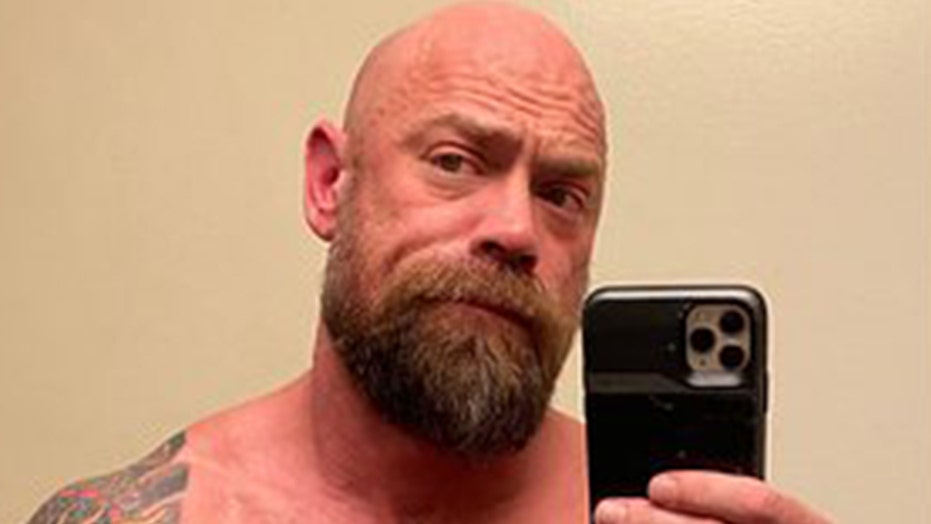 A 43-year-old California man shared a photo on social media last week of the havoc the coronavirus wreaked on his body during a nearly two-month stay in the hospital.

"I wanted to show it can happen to anyone,” Mike Schultz told BuzzFeed News after posting his before-and-after Instagram post that showed him 50 pounds lighter than a month before he was hospitalized. “It doesn't matter if you're young or old, have preexisting conditions or not. It can affect you."

Schultz is a nurse from San Francisco with no underlying conditions who used to work out nearly every day, but after six weeks in a Boston hospital with the virus, he said he’d gone from 190 pounds to 140.

He said he was exhausted just standing up for a few minutes to take the photo and his lung capacity was also severely hampered.

"I was so weak. This was one of the most frustrating parts," he recalled. "I couldn’t hold my cellphone; it was so heavy. I couldn’t type, because my hands shook so much."

He had also completely lost track of time.

"I thought only a week had gone by," he said of his sixth week in the hospital.

Schultz traveled to Boston in mid-March to visit his boyfriend. A week earlier, they had gone to Miami Beach for a festival where at least 38 people later tested positive and three men died of the virus.

"We knew it was out there," he said. "There were no real restrictions in place, though. No lockdowns. We just thought, Well, we gotta wash our hands more and be wary of touching our face."

Within days of arriving in Boston, he had a 103-degree fever and his lungs were filled with liquid.

He was rushed to the hospital, intubated for more than a month and his boyfriend, who called as much as possible and FaceTimed with a nurse’s help, said it was “pretty much like he was in a coma.”

Since leaving the hospital last week, Schultz said he’s received a backlash because he attended the Miami Beach festival, but is choosing to focus on his recovery.

"I knew what I thought going in," he told BuzzFeed. "I didn’t think it was as serious as it was until after things started happening. I thought I was young enough for it not to affect me, and I know a lot of people think that."