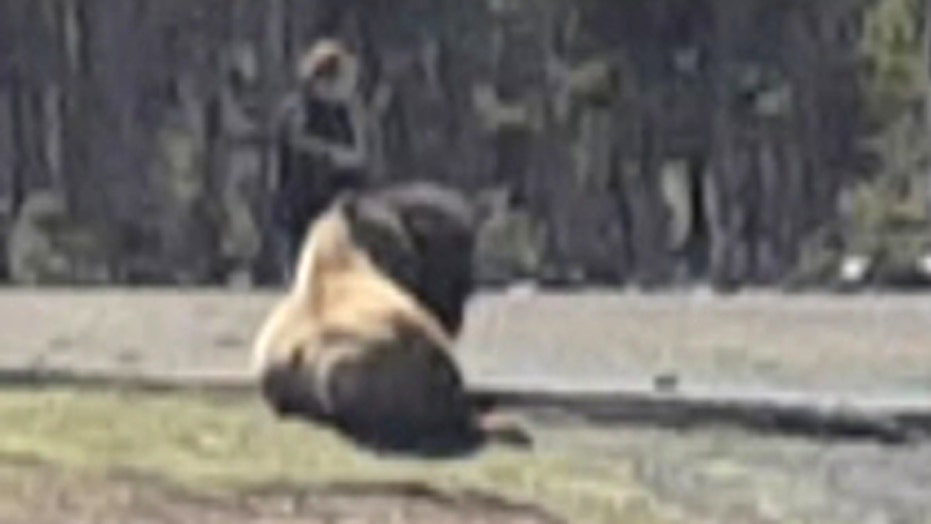 Two tourists took a bison calf for a ride in an SUV this week during a visit to Yellowstone National Park, EastIdahoeNews.com reports.

Park rangers ticketed the pair, a man and his son who were visiting from another country, after they pulled up to a ranger station Monday with the animal in the vehicle, according to the news website. They apparently thought the calf was cold.

“They were demanding to speak with a ranger,” Karen Richardson told the news website. “They were seriously worried that the calf was freezing and dying.”

Richardson, of Victor, Idaho, was on a field trip with a group of fifth-graders and other parents.

She snapped a photo of the animal in the SUV and posted it on Facebook, EastIdahoNews.com reported.

“Dear tourists: the bison calf is not cold and it is not lost. PUT IT BACK,” her post said.

Another parent on the field trip with Richardson, Rob Heusevelt,  told EastIdahoNews.com it didn't faze the duo they were breaking the law. Yellowstone visitors aren’t supposed to approach wildlife or get too close to large animals.

“They didn’t care,” Heusevelt told the website. “They sincerely thought they were doing a service and helping that calf by trying to save it from the cold.”

He said the bison calf was driven back to where it was found and released.

Last month, a Yellowstone visitor approached a bison lounging on the grass and reached out to pet the giant animal, a scene caught on video.

"She's totally antagonizing it. Where are the rangers?" a shocked witness is heard saying in the video.