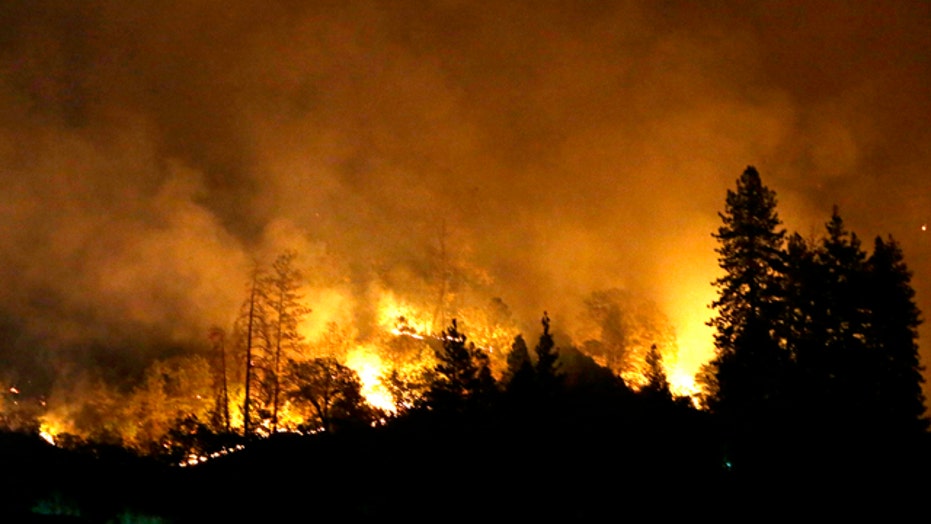 MIDDLETOWN, Calif. – Two more bodies were found in the burned ruins of homes in California, bringing the death toll to five from two of the most destructive wildfires in the state in recent memory.

Both fires continued burning Thursday, but cooler weather and rain helped firefighters gain ground on the blazes that have destroyed more than 700 homes.

Official identifications have not yet been made, but the sheriff's office said the two bodies found in Lake County were presumed to be those of Bruce Beven Burns and former San Jose Mercury News police reporter Leonard Neft.

A woman was found dead Sunday in the blaze burning about 100 miles north of San Francisco.

Shirley Burns said her 65-year-old brother-in-law might have been sleeping in his trailer and didn't realize the fire was speeding toward him on Saturday.

"It came in very fast, it was a monster," she said from her home in Lodi.

She recalled Burns as a laid-back guy who sold items at a Clear Lake flea market and lived in a trailer at the family's metal recycling yard.

"He reminded me of a big Teddy bear," Shirley Burns said. "He was a real kind and gentle person. He had a beard and looked like a mountain man."

Neft's wife and daughter were not immediately available for comment on Thursday.

He last spoke with his family on Saturday before authorities found his burned-out car on a route he would have used to escape.

His daughter Joselyn Neft previously said Adela Neft repeatedly called her husband Saturday to tell him to leave the house, but he told her he didn't think the fire was coming toward him.

Neft's house was in the same area where Barbara McWilliams, 72, was found dead. She told her caretaker she didn't want to leave her home near Middletown and would be fine.

Cadaver dogs found the latest bodies on Wednesday in the Hidden Valley and Anderson Springs areas.

Two other bodies were found inside homes destroyed in a separate wildfire about 170 miles away in the Sierra Nevada foothills, Calaveras County coroner Kevin Raggio said.

One was identified as Mark McCloud, 65, who was found Tuesday in the Mountain Ranch area.

Raggio wouldn't release the name of the other victim because the family had not been notified.

The disclosures came as firefighters gained ground on the massive blazes amid cooler weather and rain on Wednesday.

The fire in Lake County had charred 115 square miles and was 35 percent contained. An estimated 585 homes and hundreds of other structures have burned.

The fire in Amador and Calaveras counties has burned 110 square miles. It was 49 percent contained after destroying 252 homes.