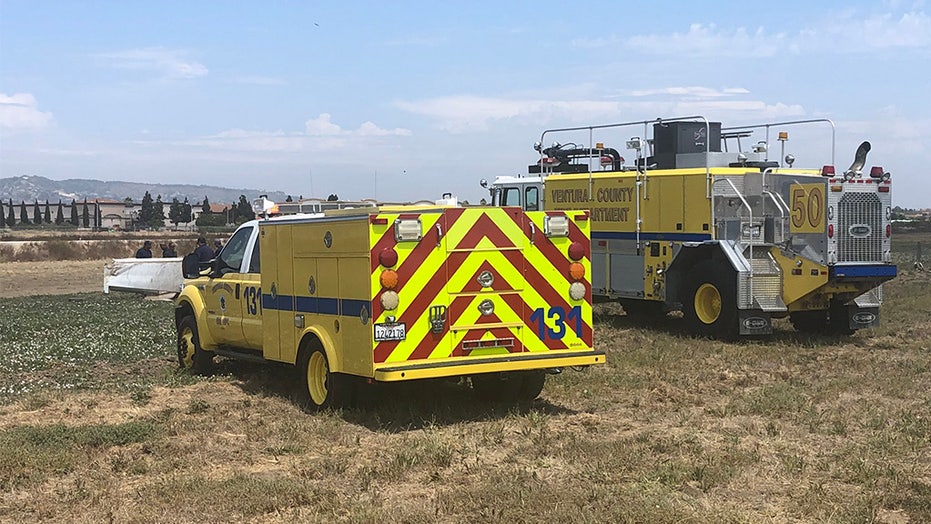 The single-engine Express Series 2000 crashed around 1:30 p.m. at Camarillo Airport, about 55 miles northwest of Los Angeles, according to the Ventura County Fire Department.

“There were 2 souls on board and unfortunately both lost their lives due to the crash,” the fire department tweeted. All other details are under investigation."

PASSENGER SLEEPING ON FLOOR OF PLANE GROSSES OUT SOCIAL MEDIA: 'YUCK NO!'

In an earlier tweet, the department said the single-engine plane crashed  “just off the runway in the grass field with no fire.” Television news footage showed the plane broken apart in a grass field.

A Federal Aviation Administration spokesman said in a statement that the plane "crashed under unknown circumstances about 1,000 feet short of Runway 26 ... "

The spokesman added, “The NTSB [National Transportation Safety Board] is the lead agency and it typically takes the NTSB a year or more to determine a probable cause of an accident.”

The NTSB did not immediately respond to Fox News’ request for comment.

The victims' identities were not immediately released.

The Ventura County Star reported that the plane was coming in for a landing when it went down. The paper added that the aircraft was built from a kit in 2002.