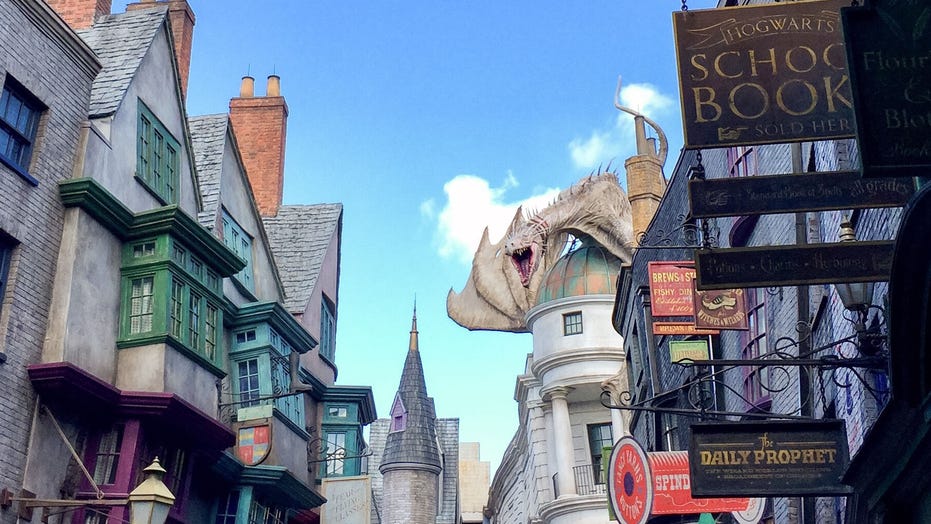 Hagrid is ready to make his debut.

Universal Studios released the first look at Hagrid’s Magical Creatures Motorbike Adventure, a new ride which will be part of the Wizarding World of Harry Potter. Not surprisingly, the star of the show is Hagrid.

According to Universal, the beloved character will be the most advanced and life-like animated figure they’ve ever made. In the books, Hagrid is the gamekeeper at Hogwarts and the Care of Magical Creatures professor. For the ride, he’ll guide guests through the Forbidden Forest, which will be populated with rare, magical creatures from the “Harry Potter” series.

MAN RENTS BILLBOARD TO APPLY FOR JOB AT DISNEY WORLD

Universal's team worked closely with actor Robbie Coltrane, who played the character in the movies. Digital scans were taken of his teeth and individual hair strands were placed on his eyebrows and lashes to recreate his look as precisely as possible. The actor recorded new lines for the ride as well. The figure stands at 7 feet 6 inches tall, which is just right for the half-giant character.

The new ride is replacing the Dragon Challenge attraction, a set of intertwined rollercoasters that closed in September 2017. Universal began teasing the new coaster in October 2018, although the connection to Hagrid and the Forbidden forest wasn’t fully revealed at the time.