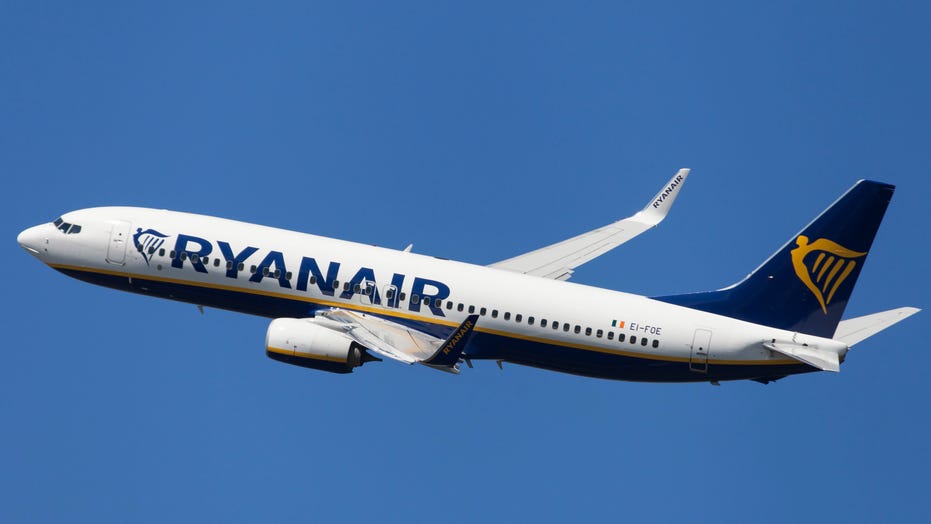 A passenger on a flight from Manchester to Gran Canaria, Spain, reportedly tried to hit a stewardess with a fire extinguisher and threatened to kill everyone on the flight.

According to passengers on the Ryanair flight who witnessed the event, the man started yelling at the cabin crew and passengers and then throwing cups on the floor during the middle of the flight. He then allegedly attempted to open one of the plane’s doors. At this point, several passengers intervened, causing him to act even more aggressively.

The Sun reports that Jodie Fisher was on the flight and witnessed the incident. She claims that the man “took the fire extinguisher off the wall and threatened to hit the female member of the cabin crew with it.” When Fisher and her sister attempted to intervene, he allegedly ripped her top, broke her phone and bit her sister.

At that point, other passengers jumped in to help. They reportedly restrained the man and held him against the floor for 45 minutes.

In a video taken of the incident, the suspect can be heard insulting passengers and threatening to burn down their houses and kill them. In the footage, he threatens "I will literally fight every one of you and kill you and don't think I'm joking, I will kill every one of you." When the plane landed, police reportedly took the man into custody, The Sun reports.

In a statement obtained by Fox News, a Ryanair spokesperson said, “The crew of this flight from Manchester to Gran Canaria (4 May) requested police assistance upon landing after a passenger had a psychotic episode. The passenger became abusive towards and struck members of the cabin crew and had to be restrained by other passengers. This is now a matter for local police.”