In a major shift, Dutch tourism officials have formally ended their “destination promotion” approach in favor of a “destination management,” as escalating millions of annual visitors are reportedly “ruining” some of Holland’s most popular sites.

Earlier this week, the Netherlands Board of Tourism and Conventions announced the news in a report analyzing the area’s record-breaking influx of tourists in recent years, Travel Weekly reports.

According to the “Perspective 2030" findings, Holland is expected to receive 50 percent more tourists through the next decade — from 18 million visitors in 2018 to an anticipated 29 million in 2030. The Guardian, however, estimates that if the tourism numbers continue to rise so exponentially there may be as many as 42 million people visiting Holland by 2030.

Holland is expected to receive 50% more tourists through the next decade – from 18 million visitors in 2018 to an anticipated 29 million in 2030, as per The Guardian, (iStock)

As detailed in the report, such a flood of vacationers threatens to overwhelm the nation’s population of 17 million in more ways than one.

“We say that ‘more’ is not always better, certainly not everywhere,” the report states, as per The Guardian. “To be able to control visitor flows, we must take action now. Instead of destination promotion it’s time for destination management.”

One of the tourism board’s suggested measures include attracting visitors to lesser-known destinations beyond the ever-popular, rowdy Amsterdam and quaint, bucolic village of Giethoorn, so that “more regions and locals will benefit from the value of visits” — and relieving concerns that hordes of sightseers “are ruining the very attractions they are coming to see,” as per The Independent.

The tourism board also declared a need to draw more “quality tourists” to the nation in a larger sense, according to Travel Weekly; staggering amounts of revelers continue to flock to Amsterdam for its infamous red-light district and relaxed marijuana laws, among other things. 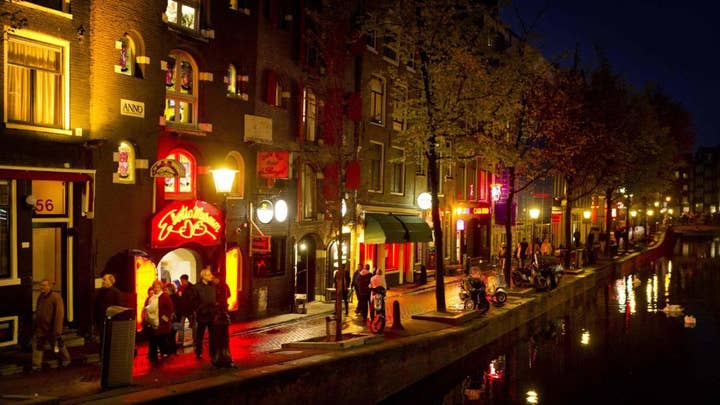 Likewise, in March, it was announced that city officials have banned both free and paid tours of Amsterdam's historic red-light district as increasing droves of visitors are reportedly “not respectful” to sex workers on the clock. The policy is set to take effect Jan. 1, 2020.

Over 1,000 tour groups are said to traipse through the city square Oudekerksplein every week, with visitors enticed by excursions with names like “Red light tours with Mistress Lola,” The Guardian reported.

Upwards of 18 million tourists visited Amsterdam in 2018, largely overwhelming the city’s population of 850,000, The Guardian reports. Affordable flights and lodging, plus an international reputation as something of a “naughty Disneyland," has made the medieval city a dream destination for partiers from all over the globe.

In December of last year, local officials had the iconic “I Amsterdam” sculpture removed from the city's center, citing overtourism concerns in the middle of the canal-laced city.

The red and white letters "I Amsterdam" are removed from the Museumplein (Museum Square) in Amsterdam, on December 3, 2018. (Olaf Kraak/AFP/Getty Images)

The art is now placed in a series of different, less tourist-swamped locations in order to “spotlight” new neighborhoods and attractions.

The Amsterdam board of tourism estimated that a whopping 6,000 people took pictures of the I Amsterdam sign per day.