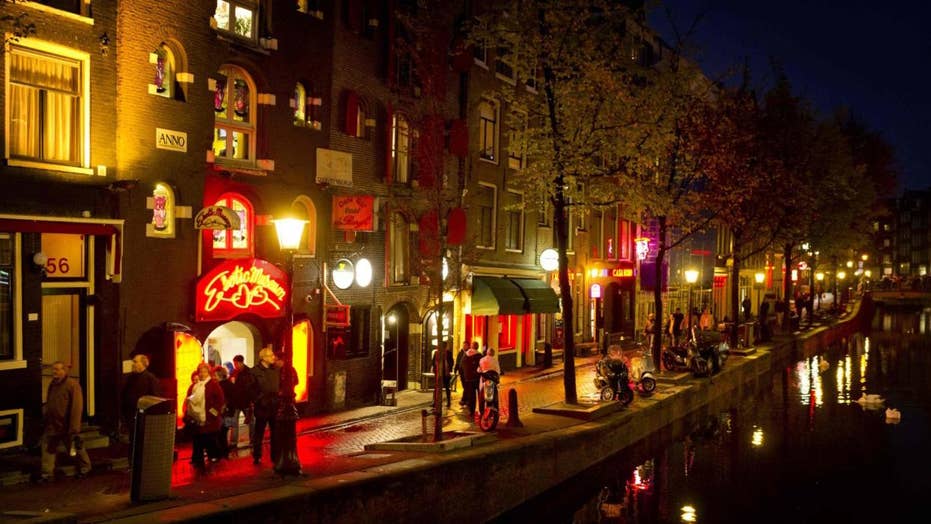 An Amsterdam politician is aiming to combat ‘drunk, puking’ bachelor parties by banning them.

Tourists will no longer be able to flock and gawk at the infamous attractions of Amsterdam’s red-light district through any official guided tours, effective Jan. 1 of next year. City officials have moved to end both free and paid tours of the historic area as increasing droves of visitors are reportedly “not respectful” to sex workers on the clock.

The news was announced by Amsterdam’s deputy mayor in a statement earlier this week.

“The circumstances in which women have to do their work have worsened,” mayor Femke Halsema told local media of the tour ban. (iStock)

“We are banning tours that take visitors along sex workers’ windows, not only because we want to prevent overcrowding in the red-light district, but also because it is not respectful to sex workers,” Udo Kock, Amsterdam’s deputy mayor, said, as per The New York Times. “It is outdated to treat sex workers as a tourist attraction.”

Femke Halsema, the first female mayor of the Dutch capital, agrees. The politician has pushed for increased restrictions on the tourist hotspot since she took office last summer, The Points Guy reports.

“The circumstances in which women have to do their work have worsened,” Halsema told local media of the tour ban. “So I can understand why a lot of Amsterdammers think, ‘This is not the way we want prostitution to be or how it was supposed to be.’”

Affordable flights and lodging, plus an international reputation as something of a “naughty Disneyland" has made the medieval city a dream destination for partiers from all over the globe. (iStock)

A whopping 19 million tourists visited Amsterdam in 2018, overwhelming the city’s population of 850,000, The Guardian reports. Affordable flights and lodging, plus an international reputation as something of a “naughty Disneyland," has made the medieval city a dream destination for partiers from all over the globe.

Over 1,000 tour groups are said to traipse through the city square Oudekerksplein every week, with visitors enticed by excursions with names like “Red light tours with Mistress Lola,” the Guardian reports.

Meanwhile, over 80 percent of prostitutes polled in a recent survey said that tourists have “a negative effect on their business,” the Times reports, with city officials even suggesting that the district be relocated to another part of the city.

When the larger ban ultimately goes into effect in January 2020, tour groups – which will still be allowed in other parts of the city – will be reduced in maximum capacities from the current 20 to 15 people. In addition, a new tax on tours will be introduced and guides will be required to complete an official accreditation process.

Last February, city officials cracked down with the implementation of fines up to nearly $1,200 for any tour guides who allowed "disrespectful" clientele to stare at the sex workers, too.