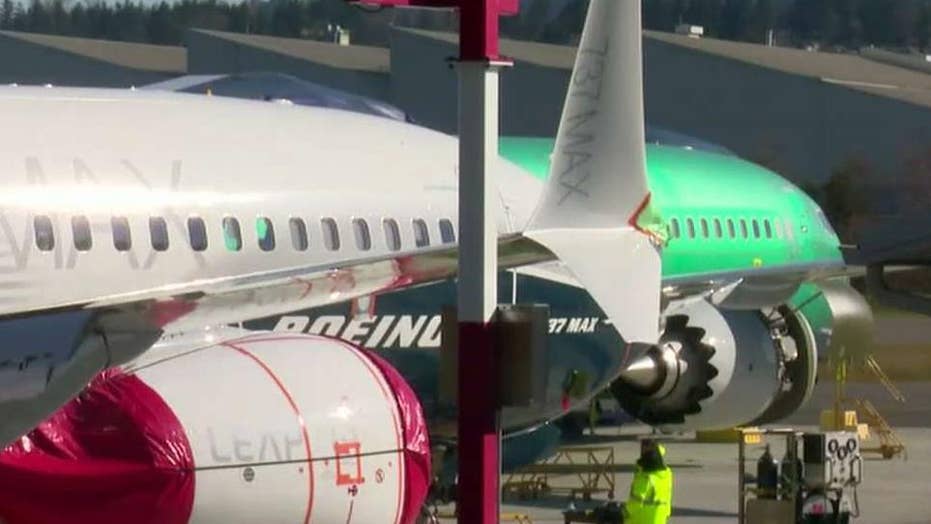 The acting FAA administrator is expected to face tough questions about why select Boeing employees were given the right to certify their own planes; Doug McKelway reports from Washington.

Boeing said Thursday it has completed a software fix on the beleaguered 737 MAX 8 model and is awaiting approval and requests for additional information from the FAA, according to a statement. The company added it has flown the new software for 360 flight hours.

The U.S.-based aircraft manufacturer is fixing the plane’s flight control system, which reportedly sometimes forces the plane repeatedly into a nosedive, which allegedly caused two fatal crashes in the last seven months.

The MAX 8’s flight system came under scrutiny in March when an Ethiopian Airlines flight crashed, killing all 157 aboard. It was the second 737-MAX jet crash in less than six months; A Lion Air jet crashed, killing 189, in Indonesia last October.

Boeing reportedly realized the cockpit problem a year before the Lion Air crash, according to anonymous industry and government officials, and the company wasn't upfront about the problem until weeks after the Ethiopian Airlines crash, the officials reportedly said.

The plane model was grounded in many countries around the world after the Ethiopian Airlines crash, including in the U.S. – despite Boeing’s insistence on the airworthiness of the jet.

The software fix has taken longer than planned, the Seattle Times reported. After the Lion Air crash last fall, Boeing anticipated it could fix the problem in six weeks. The Ethiopian Airlines crash happened in the interim.

Boeing will also need to schedule a test flight before Federal Aviation Administration approval. “This process will require as long as it takes to ensure the aircraft is safe and returned to service,” an FAA spokesperson said.

This week, Southwest Airlines, which has 34 MAX 8’s, said it wasn't sure when the plane would be in service again. Ethiopian Airlines said it would not likely fly the MAX 8 again.