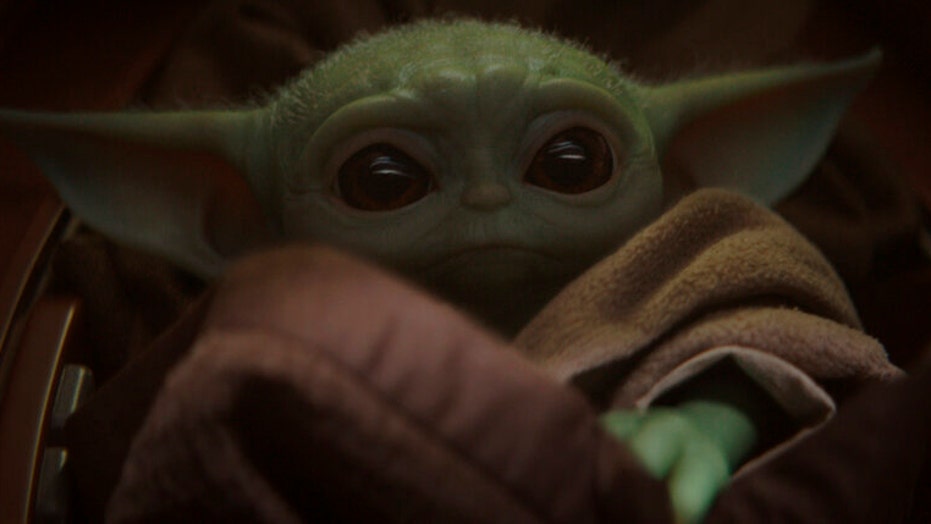 It's almost enough to make you excited to change a dirty diaper. If only it were real.

Ever since his debut on “The Mandalorian” in November, “Baby Yoda” madness has officially swept the universe, infiltrating our memes, our toys, our clothing, and even our spiky-haired celebrity chefs. But the one place it hasn’t infiltrated — at least not yet — are the bathrooms inside Disneyland, despite a viral photo that seems to suggest otherwise.

Earlier this week, a Twitter user who goes by @Cartarsauce shared a photograph that suggested Disneyland had replaced its existing baby-changing signage with images that depict a diaper-clad Baby Yoda.

“Um guys, why is nobody talking about the baby changing signage in Galaxy's Edge?” he asked in the caption.

But as it turns out, nobody is talking about it because it isn’t real. A representative for Disney World told Fox News on Friday morning that neither Disneyland nor Disney World had changed its baby-changing signage, meaning the picture isn't real.

The person behind the Twitter account, Sam Carter, also confirmed to Fox News that he fabricated the design because he thought that's what the signage should look like.

"I work in the experience design/creative industry, and was recently at Disneyland's Galaxy's Edge with my kids," Carter told Fox News. "While in the land's restroom I noticed the detail of the baby changing icon and wondered why the design wasn't 'The Child' from '[The] Mandolorian,' it totally should be. The next day I had a few minutes and whipped up what it would look like and wanted to share it. Never thought it would be believed or blow up like that, but if anything, hopefully Imagineering ends up actually changing the sign to that.

"Baby Yoda is the biggest star in the Galaxy right now, I think it would make a lot of people happy to see that," he added.

A representative for Disney confirmed the Twitter photo, featuring a Baby-Yoda-themed sign, was a hoax. (Disney+ via AP)

Real or not, however, the internet seemed absolutely charmed by Carter's idea.

“This is glorious. I’ll have to check out Orlando,” someone else remarked.

There were, however, some who were dubious to begin with, even though they remained hopeful.

Meanwhile, the actual signage at the park does appear somewhat similar to the fake Baby Yoda sign (in its distressed appearance, at least) albeit without the Yoda ears, according to a visitor who shared a photo back in August.

And anyway, as one Twitter user pointed out, "Baby Yodas" of that size probably don’t need anyone to attend to their diapers.

“It's 50 years old, figure it'd be beyond a changing table at this point. Maybe it's Force Influencing everyone to do its childlike bidding.”