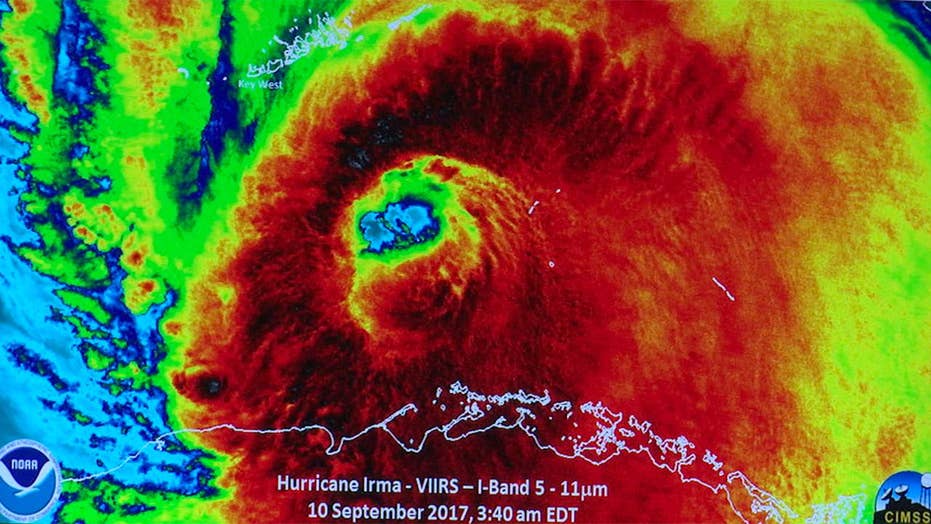 The National Hurricane Center is using newly improved technology to warn of major storms as Floridians brace for another active hurricane season set to begin in just a few days. The center is using data collected by planes and satellites to shrink the cone of uncertainty and extend forecasts to 72 hours before a storm, providing a whole additional day to prepare.

MIAMI – The National Hurricane Center is using newly improved technology to warn of major storms as the country braces for another active hurricane season set to begin June 1.

“As technology changes and people are getting their information in different ways, it’s now time for the hurricane center to really look and see how effective our products are and look toward the future,” said Dan Brown, a senior hurricane specialist for the center who added that more sophisticated satellites, better track forecasting and improved computer codes have all contributed to the life-saving improvements.

The National Oceanic and Atmospheric Administration (NOAA) is working with the Miami-based center to use data collected by planes, buoys and satellites to shrink the dreaded cone of uncertainty and extend advisories, warnings and watches to 72 hours before a storm, adding a whole additional day for storm preparations.

The World Meteorological Organization announced the names for this year’s tropical storms and hurricanes in April. (Fox News)

“When we create that cone of uncertainty, we’re using the past five years of errors to carve out that cone and as the track keeps getting better, the cone keeps getting smaller and smaller,” Brown said. “A smaller cone means less evacuations by narrowing the amount of land it covers.”

While the forecast cone is the most-viewed tool on the NHC’s website, it’s highly debated because the public has been known to only react to warnings along the center track, ignoring up to hundreds of miles of hazardous weather warnings on each side of the center line.

Brown said it’s important that people remember that the cone only provides an accurate probable track two thirds of the time.

“Last year, our track forecasts of where the hurricane is going to go were the best historically that we’ve ever achieved,” said Jamie Rhome, the leader of the Storm Surge Unit at the hurricane center. “We’re taking the same technology that is in your hands to run more simulations and dig deeper into the physics of a hurricane.”

In 2017, the center launched a new satellite to warn of storm systems that had not even formed yet.

"We’ve made a lot of improvements in track forecasting...but we still have a long way to go," said NHC Hurricane Specialist Dan Brown. (Fox News)

“We issued those for seven different systems in the Atlantic, six of those went on to become tropical storms or hurricanes, giving emergency responders and the public some additional time before those hazards arrived,” said Brown.

Another groundbreaking release included the Storm Surge Watch and Warning Graphic to clearly depict locations that may be affected by a storm surge, an abnormal rise of water that is historically the greatest threat to life and property from a hurricane, according to NOAA.

“What surprised us last year is how few people lost their lives in storm surge,” said Rhome, who added that nearly 90 percent of hurricane-related deaths are caused by water, while 8 percent are a result of severe wind. “Storm surge took 41 people in Superstorm Sandy, yet in all the landfalls we had in 2017, nobody died from a storm surge.”

“When I look back at the 2017 season, some of the surprising things and challenges we had…it’s just staggering,” said NHC Director Ken Graham.

After tearing through the Caribbean with Category 5-force winds last September, Hurricane Irma’s reach at one point covered the entire state of Florida, causing the largest evacuation in the state’s history.

Irma’s 185 mph maximum sustained winds lasted for 37 hours, the longest a tropical cyclone maintained winds that strong. The hurricane also became the strongest storm in the Atlantic, outside of the Caribbean and Gulf of Mexico.

“Going through the eye wall is like being on a wooden roller coaster for eight hours...you’re shaking and bouncing around, but you still have to focus and do your work to gather data and accomplish the mission," said NOAA Aerospace Engineer Nick Underwood. (NOAA)

The NHC is committed to constant progress in its Hurricane Forecast Improvement Project, which was launched to advance intensity and track forecasting for rapidly intensifying storms like Irma.

“The biggest push for us over next few years is improving the lead time we can give to emergency managers so that they can call emergency evacuations, if necessary,” added Rhome.

The forecasting leader also receives help from the U.S. Air Force’s “Hurricane Hunters,” who fly one of only 12 planes in the world built to withstand the severe weather, directly into the eye of a storm for 24 hours a day, each day until it makes landfall.

The center has announced a plan to work with behavioral scientists to make sure warnings are simple enough to understand so that the public will act on them in the future.

NOAA uses a high-altitude Gulfstream jet to launch up to 30 dropsondes, an expendable weather radar device about the size of the cardboard paper towel roll that falls into the ocean after recording weather data. (Fox News)

“To tell somebody ‘that is water up your pant leg’…to make it that simple and understood is critical,” said Graham. “All the science in the world can be perfect but if it’s not understood, then it doesn’t do any good.”

NOAA plans to release their official outlook for the 2018 hurricane season on May 24.