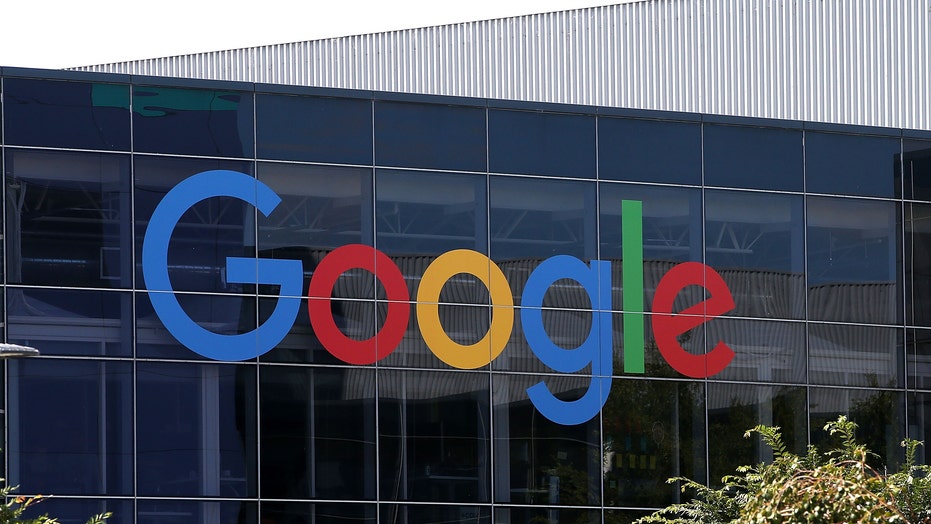 Google has been accused of "union-busting" by activists over the firing of four employees who reportedly were attempting to organize.

The tech giant says that the employees were fired for violations of its data security policies, according to a Bloomberg report, which cites a memo sent to all Google employees.

The BBC reports that the employees, dubbed the “Thanksgiving Four,” were fired by Google on Monday.

When contacted by Fox News, Google declined to comment on the terminations or confirm the names of the terminated employees, but did confirm the contents of the note published by Bloomberg.

The employees had their contracts terminated following a protest at Google’s San Francisco office on Nov. 22, according to the BBC, which reported that two of the terminated employees spoke at the protest.

Rebecca Rivers, who reportedly spoke at the protest, tweeted on Monday that she had been terminated.

Bloomberg reports that Rivers said that she was targeted for protesting against U.S Customs and Border Protection, which is reportedly testing a Google cloud product. Fox News has reached out to Rivers with a request for comment on this story.

In a statement posted to Medium on Monday, Google Walkout for Real Change, an activist group for Google employees, slammed the company over the firings.

“Four of our colleagues took a stand and organized for a better workplace,” it said in the statement. “This is explicitly condoned in Google’s Code of Conduct, which ends: ‘​​​​​And remember… don’t be evil, and if you see something that you think isn’t right — speak up’.”

“When they did, Google retaliated against them. Today, after putting two of them on sudden and unexplained leave, the company fired all four in an attempt to crush worker organizing,” the statement added.

In 2018, Fox News reported that Google dropped the “don’t be evil” phrase from its official code of conduct.

Accusations of union-busting have been swirling around Google, with Sen. Bernie Sanders, I-Vt., recently blasting the company for working with IRI Consultants. The firm provides “Union Vulnerability Assessments,” according to its website, identifying “key vulnerabilities and risks that could become the target of an organizing campaign.”

“This type of union busting is unacceptable. I say to Google: it is time to address the racism, harassment, and harmful contracts at your company and treat your workers with the respect and dignity they deserve,” Sanders tweeted on Nov. 22.

GOOGLE WANTS NEXT BILLION USERS, BUT HAS NO PLANS TO LAUNCH IN CHINA

In the statement posted to Medium, Google Walkout for Real Change said that the company “hired a union-busting firm” and, around the same time “redrafted its policies, making it a fireable offense to even look at certain documents.”

“The policy was unclear, even explicitly stating the documents didn’t have to be labeled to be off limits,” the statement added. “No meaningful guidance has ever been offered on how employees could consistently comply with this policy.”

“Using this policy, Google did all it could to frame our colleagues as ‘leakers’,” the statement continued. “This is a lie.”

“With these firings, Google is ramping up its illegal retaliation against workers engaging in protected organizing,” said Google Walkout for Real Change, in the statement. “This is classic union busting dressed up in tech industry jargon, and we won’t stand for it.”

In the memo published by Bloomberg, Google says that the four employees were dismissed “for clear and repeated violations of our data security policies.”

“We want to be clear that none of these individuals were fired for simply looking at documents or calendars during the ordinary course of their work,” the memo adds.

Google defended its work with IRI Consultants in an email to Fox News, describing recent criticism as unfounded.

"We work hard to make Google the best place to work for our growing workforce around the world,” said a spokeswoman. “We engage dozens of outside firms to provide us with their advice on a wide range of topics. To suggest this particular firm had anything whatsoever to do with the recent calendar extension - or any internal policies whatsoever - is absolutely false."

In October, Bloomberg reported that a number of Google employees were concerned about a calendar extension tool for their Chrome browsers, which they said could be used as a surveillance tool to spy on efforts to organize. Citing an internal memo, Bloomberg reported that the extension would flag internal calendar events that require over 10 meeting rooms or over 100 participants.

Google says that IRI did not even know about the extension. The tech giant describes the Chrome extension as a pop-up reminder that asks people to be mindful before auto-adding a meeting to the calendars of large numbers of employees. The tool does not prevent “calendaring” and does not collect personally identifiable information, according to Google.

DOZENS OF GOOGLE EMPLOYEES WERE REPORTEDLY RETALIATED AGAINST FOR REPORTING HARASSMENT

In addition, Google says that IRI did not participate in updating the company’s community guidelines, changes to the firm’s weekly TGIF all-hands meeting, or reminders sent about policies.

Google employees have been highly vocal in protesting a number of issues in recent years. In November 2018 thousands of Google workers took part in a mass global walkout to protest sexual harassment, pay inequality and the company’s workplace culture.

The tech giant's corporate contracts have also been in the spotlight. Google, for example, faced an employee backlash over its involvement in Project Maven, a controversial military program that uses artificial intelligence for drone targeting. In June 2018, the company issued an update to how it would use artificial intelligence, saying it would not "design or deploy AI" for "weapons or other technologies whose principal purpose or implementation is to cause or directly facilitate injury to people."

ORGANIZER OF #GOOGLEWALKOUT QUITS, ALLEGING RETALIATION BY THE TECH GIANT

Google also faced employee opposition over its potential plans to build a censored search engine for China — known as Dragonfly. The controversial plan has since been abandoned.

In June, Google employees, community activists and investors protested outside the headquarters of parent company Alphabet amid a backlash over a series of incidents related to hate speech, the spread of white supremacist videos and misinformation.