Google CEO Sundar Pichai apologized to LGBTQ employees and the community at large in a Wednesday email sent to employees.

The chief executive said the search giant was taking a "hard look" at its harassment policies and that it recognizes the LGBTQ community "has felt a lot of pain and frustration over recent events."

Pichai's email comes the same week that Susan Wojcicki, the CEO of Google-owned YouTube, said at the Code Conference that she was "really personally very sorry" about the backlash over the video platform's handling of conservative pundit Steven Crowder's channel, which was demonetized by YouTube following complaints of anti-gay and racist harassment from Vox journalist Carlos Maza.

In the midst of the controversy, the company announced a series of updates to its hate speech policies, but it stopped short of taking down Crowder's videos or banning him from the platform. In his note to employees, Pichai said the company is meeting with a range of groups to improve its policies regarding harassment.

"With respect to YouTube, Susan and the team are already taking a hard look at the harassment policies and will do this in consultation with many groups, including people who have themselves experienced harassment. We’re also thinking through ways to engage more with our LGBTQ+ community at important moments and get input from our ERG leads and representatives," Pichai wrote in an email that was leaked to The Verge.

Google's LGBTQ employees are reportedly disturbed by the YouTube incident and have voiced their dissatisfaction both internally and externally.

Pichai wrote that he regrets that it "happened during Pride month when we should be celebrating the incredible LGBTQ+ community you all have built at Google." 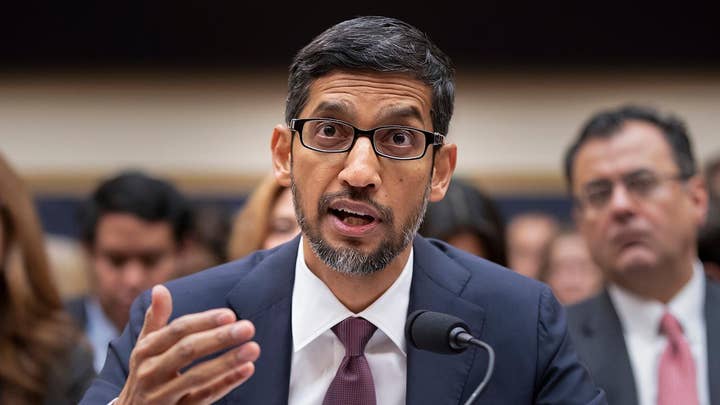 The tech mogul continued: "[LGBTQ employees] are a source of pride for us as Googlers, and also a source of hope for people globally who don’t feel comfortable being out in their own workplaces and communities. It’s important to me that we continue to work hard to ensure Google is a place where everyone feels included."

You can read Pichai's email in full at The Verge. Fox News reached out to Google for comment on this story.