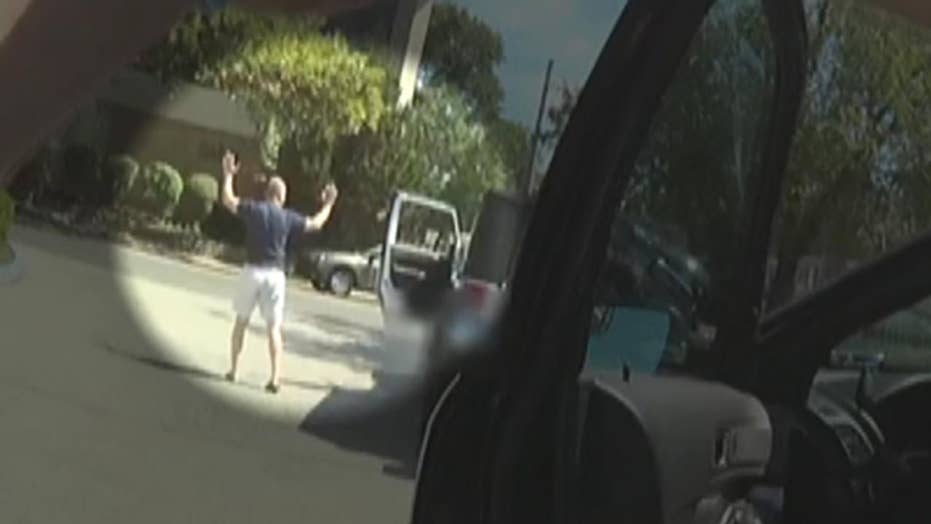 Body camera footage shows the moment Connecticut police pulled guns on New York Yankees General Manager Brian Cashman because the jeep he was driving was on a stolen vehicle registry.

Cashman, 52, was driving his white Jeep Wrangler from Yankee Stadium to Connecticut after it was reported stolen, team sources told the New York Post.

Cashman was heading to the Norwalk, Conn., Police Department to get his car processed for evidence when he was stopped by Darien police at a gas station, the newspaper reported. The NYPD had found his vehicle abandoned in the Bronx and returned it to him before the incident.

“Put your hands out the window!” the Darien police officer shouted at Cashman with his weapon drawn.

The video then shows the officer ordering Cashman to get out of the vehicle and back up toward him.

Cashman then started to explain the situation and told the officer he is the general manager of the Yankees.

“Yeah, I know,” the officer was heard saying. “I used to see you at Brook Street Bagels when I was an Eastchester cop. I apologize for the embarrassment.”

Cashman told the New York Post last week the police were already “responding to someone in a white Jeep that was brandishing a gun in a local doctor’s office.” He added that when Darien police ran his plates, the vehicle came up stolen because the “NYPD never took me off the stolen car list.”

He said there was some positivity over the wild experience.

“The public should take encouragement when someone is in a stolen vehicle they’re not going to get very far,” Cashman said. “I have high respect for all law enforcement. They do an amazing job whether you’re in Connecticut and New York City — and sometimes unique circumstances can occur.”