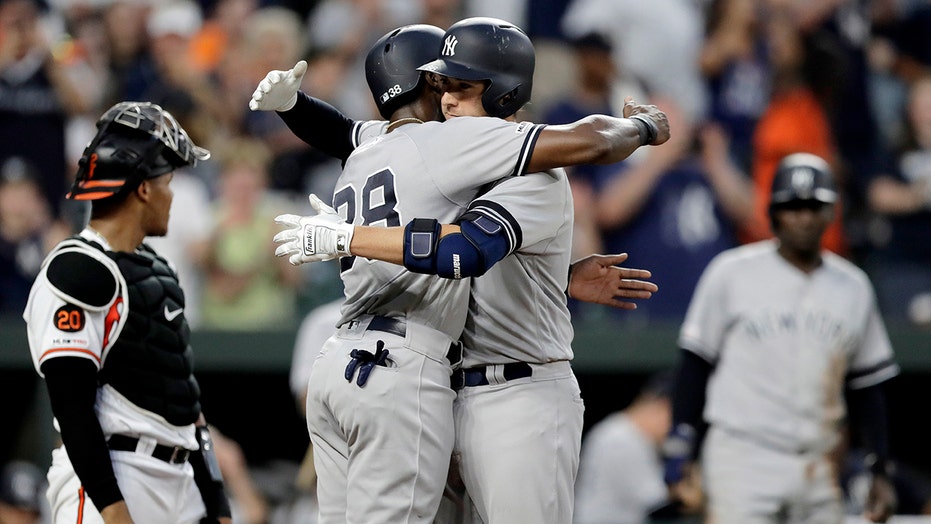 If you build it, the New York Yankees and Chicago White Sox will come.

Major League Baseball announced Thursday the Yankees and White Sox will play in the first-ever “Field of Dreams” game in Iowa on Aug. 13, 2020.

MLB at Field of Dreams will be broadcast on FOX at 7 p.m. ET. The game will take place in the same vein as the league having games at the Little League World Series in Williamsport, Pa., and at the College World Series site in Omaha, Neb.

“As a sport that is proud of its history linking generations, Major League Baseball is excited to bring a regular season game to the site of Field of Dreams,” Commissioner Rob Manfred said in a statement. “We look forward to celebrating the movie’s enduring message of how baseball brings people together at this special cornfield in Iowa.”

“Field of Dreams,” starring Kevin Coster, James Earl Jones and Ray Liotta, is set in Dyersville, Iowa, and is about a farmer who obeys a voice in the night that tells him to build a baseball field on his farm. Soon after, ghosts of ballplayers from the past appear on his field – including “Shoeless” Joe Jackson.

The movie has produced one of the more famous lines in cinematic history: “If you build it, he will come.”

Construction to turn the site into something resembling a major league ballpark will begin Tuesday, according to MLB.com.

“’Field of Dreams’ captures the uniqueness of Iowans’ can-do attitude, and there’s no better place to host our state’s very first Major League game than this legendary baseball field in Dyersville,” Iowa Gov. Kim Reynolds said. “As the famous movie quote goes, ‘Is this heaven?’ ‘No, it’s Iowa.’ Iowa’s truly a land of opportunity, where you can work hard, dream big and anything can happen. I look forward to this historic event in 2020.”