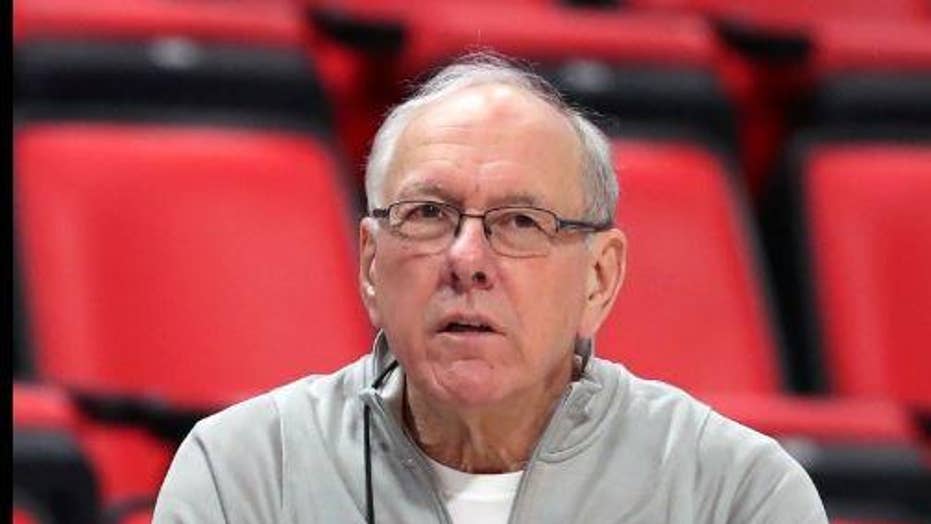 Legendary Syracuse men’s basketball coach Jim Boeheim took to the court Saturday night for the first time since the accident he was involved in earlier in the week that killed a pedestrian, addressing the tragedy in an emotional statement.

The 74-year-old Hall of Fame coach made the comments on the death of 51-year-old Jorge Jimenez after the 75-65 loss to top-ranked Duke, saying it was "something that will be with me for the rest of my life."

"First and foremost to the Jimenez family: I want them to know how truly devastated I am for my involvement and the loss of a loved one," Boeheim read from a prepared statement. "The grief and pain his family is feeling at this time is, simply put, unimaginable. Juli, my family, and I are heartbroken. I love this community, and to see so many of my community members rally around the Jimenez family is a reminder of how special a community central New York is."

The accident happened Wednesday night after the Orange's 20-point victory over No. 18 Louisville at the Carrier Dome. Police said Jimenez was a passenger in a car that apparently skidded out of control on a patch of ice and hit a guardrail. The 51-year-old was trying to get to safety when he was struck by Boeheim's SUV. Boeheim had swerved to avoid the disabled car, which was resting perpendicular across two lanes, according to police.

Jimenez was taken to a hospital, where he was pronounced dead. Another man in the car suffered minor injuries.

Boeheim has cooperated since the crash and sobriety tests administered to Boeheim and the unidentified driver of the other vehicle were negative for any signs of impairment, according to police. Police Chief Kenton T. Buckner told the Associated Press on Thursday night there was "no reason to believe that there are criminal charges that will be coming for anyone."

A moment of silence was observed before the game for Jimenez and his family, and Boeheim made his way to center court and acknowledged the crowd with a brief wave before giving Duke coach Mike Krzyzewski a heartfelt hug.

"That was such an incredible environment," Krzyzewski said. "The support the fans gave the team and the support they gave Jim was great and such an emotional time."

The game set a record for an on-campus basketball game crowd of 35,642, eclipsing the mark of 34,446 set previously against Duke.