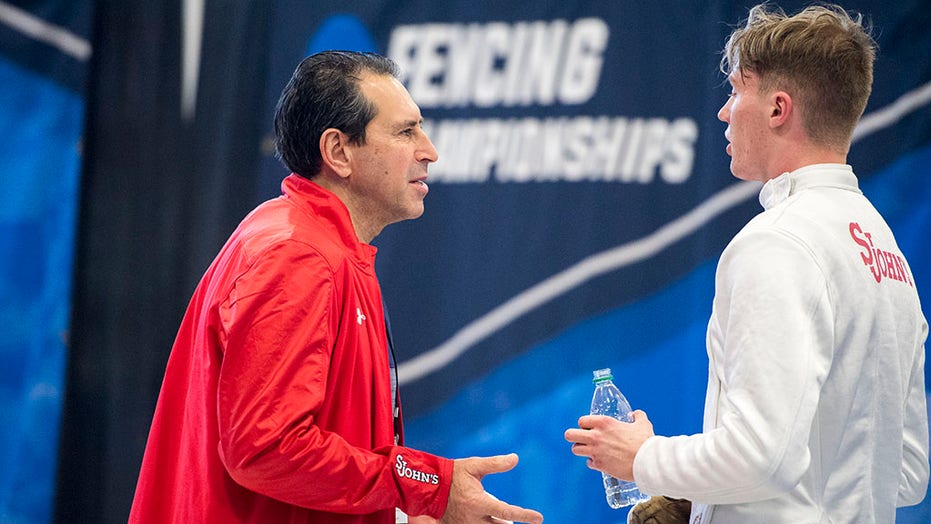 St. John’s University fired its assistant fencing coach for racist comments made during a virtual meeting that was leaked on Instagram, the school confirmed to The New York Post.

On Wednesday, Boris Vaksman was dismissed after he said the “majority” of blacks steal, kill and do drugs, and President Abraham Lincoln “made a mistake” by ending slavery.

“As soon as the recording was brought to our attention the matter was immediately investigated and the individual no longer works at the University,” St. John’s athletic director Mike Cragg said in a statement. “The racist comments expressed are completely unacceptable and a rejection of everything for which the University stands.”

Vaksman, whose name and bio were removed from the school’s website immediately, had been the assistant coach at St. John’s under Yury Gelman since 2006.

In the video, he started off by saying, “Because the most trouble [is] coming from where? … from black people.” And then he added: “Because they don’t want to work, they steal, they kill, they [do] drugs, everything comes from [black people]. The majority.”

He then said that Lincoln made a mistake to end slavery.

“I think … what’s his name, Lincoln, made a mistake,” Vaksman said in reference to President Abraham Lincoln ending slavery in 1863 by signing the Emancipation Proclamation.

The video was posted anonymously on Instagram and reposted by Olympian Ibtihaj Muhammad, who shared the video with a message.

“Ever wonder what racism looks like behind closed doors? Boris Vaksman, a fencing coach in NYC, can be seen here advocating for the enslavement of Black people. This is what racism looks like in fencing, a small piece of a larger puzzle,” Muhammad wrote. “This video is a reminder that coaches and teachers, those people entrusted with building us, educating us, and protecting us, too often perpetuate the discriminatory treatment and behaviors that normalize racism.

“To our allies who are committed to being anti-racist, it’s important we understand that what we‘re seeing today, what we’re protesting, what we‘ve experienced as Black people, did not begin today. The pain and trauma Black people have endured started over 400 years ago, when the toxicity and culture of white supremacy washed onto American shores.

"There are a lot of people who are resistant to change," Muhammad added. "It’s time we acknowledge the impact racism has on our society. How many of you are willing to triumph against this intolerance? Together, let’s hold people accountable. Enough is enough."