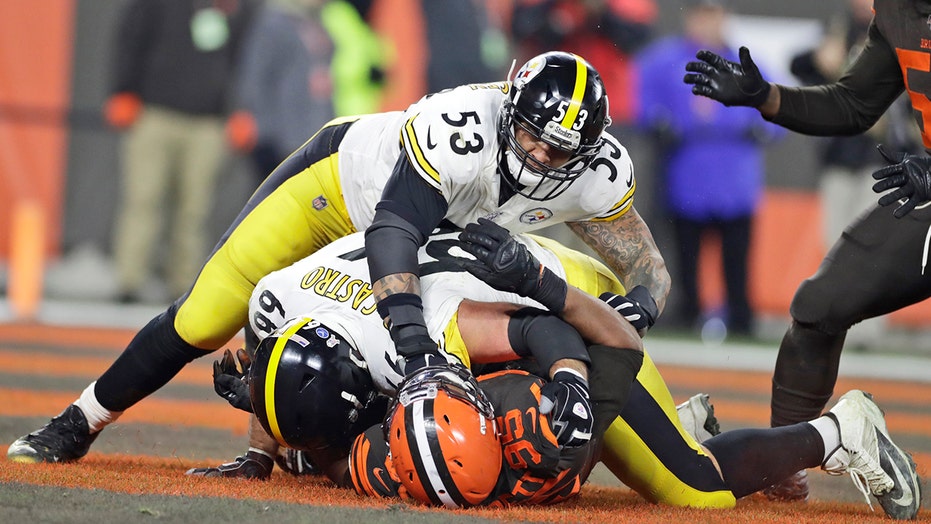 A brawl between Cleveland Browns defensive end Myles Garrett and Pittsburgh Steelers quarterback Mason Rudolph drew a fierce reaction and regret from both sides after the game was over Thursday night.

Garrett and Rudolph were involved in a skirmish toward the end of the fourth quarter. It led to Garrett ripping Rudolph’s helmet off and hitting him with it. Steelers linemen broke up the scuffle and Maurkice Pouncey punched and kicked the defensive end in the helmet.

“Bulls—t and I will just leave it at that,” he said, according to Pro Football Talk. “Bulls—t because that’s precisely what it was. There’s not much else to be said about that.”

Garrett admitted he was in the wrong.

“I lost my cool and I regret it,” he said. “It’s going to come back to hurt our team. The guys who jumped into the scrum, I appreciate my team having my back, but it never should have gotten to that point. It’s one me.”

“This is a physical, violent game and there’s moments if you don’t keep your cool, bad things can happen and he knows that. It’s inexcusable and he knows that,” he said. “There’s no other way around it, he’s going to own up to it and he’s going to handle it and this locker room is going to have to come together because this is going to be a soap opera on the outside much like the media has portrayed us to be for the whole season.”

Browns defensive lineman Larry Ogunjobi was also in the melee. He was seen pushing Rudolph to the ground and was subsequently ejected along with Garrett and Pouncey.

“I saw my teammate [Garrett] getting jumped on, and I went over to go help him out,” he said, according to The Daily Record. “I’m not a dirty player, and I’m not trying to hurt anybody. I feel like if it was you and your teammate in that situation you would do the same thing.”

He said he expected to be suspended too.

“I’ll probably get a suspension for it, but at the same time, if someone is going to come at my teammate, that’s my brother. We have been together for three years. It’s not anything personal, but I’m not going to let you sit there and hit my guy. That’s just wrong.”

Cleveland won the game 21-7, but with the fight Mayfield said it felt like the team lost.

Suspensions and fines are expected to be handed down over the melee.