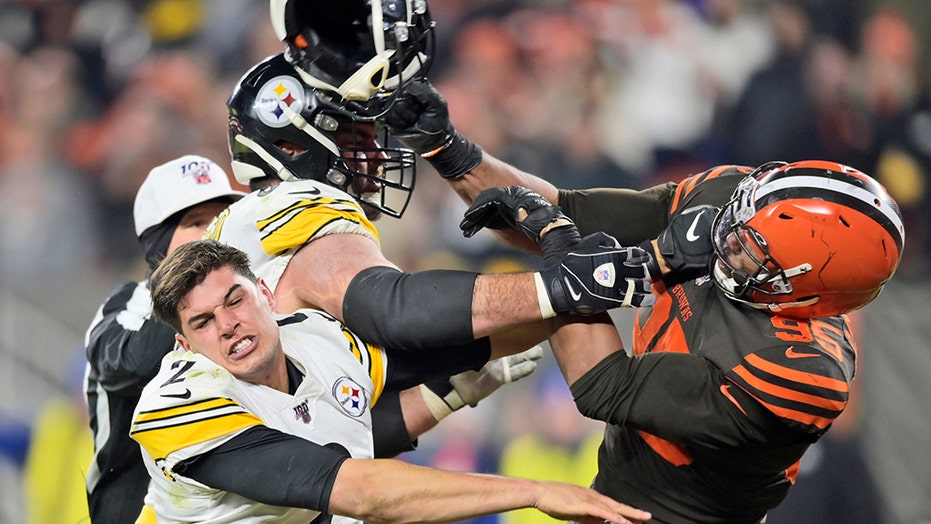 Cleveland Browns defensive end Myles Garrett was involved in an ugly brawl with Pittsburgh Steelers quarterback Mason Rudolph toward the end of their game Thursday night.

The fight occurred in the closing seconds of the game. Rudolph had thrown a short pass to running back Trey Edmunds when Garrett rushed him and threw him down on the ground. The two then began to get into a scuffle on the ground when Steelers offensive linemen Matt Feiler and David DeCastro tried to break it up.

Browns coach Freddie Kitchens said Garrett apologized to him after the melee.

“The next time I see them, I’ll address them,” Garrett added. “I am hurting my whole team with what I did, and it could come back to bite us. I don’t know what kind of repercussion I face, but I have to be better.”

Garrett may face a season-long suspension for his actions.

The Browns and Steelers play again Dec. 1 in Pittsburgh.