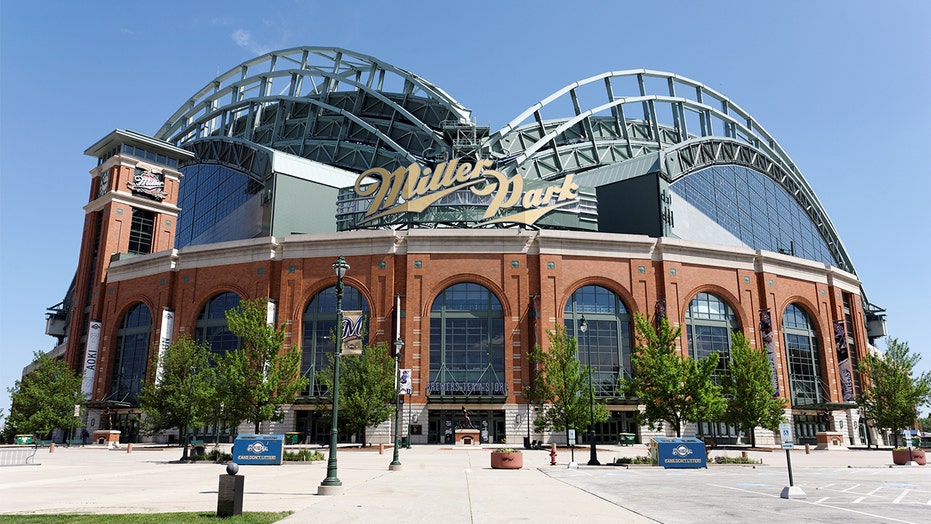 A few weeks ago, an intruder broke into Miller Park, the home of the Milwaukee Brewers, and according to multiple reports, the man in question caused “minor damage” to the playing field, which resulted in about $40,000 in damage.

Keyon A. Lambert was arrested on charges of criminal damage to property and misdemeanor disorderly conduct, according to the Milwaukee Journal-Sentinel.

MLB PROPOSES 76-GAME SCHEDULE TO PLAYERS AMID FIGHT TO GET SEASON STARTED: REPORT

"The criminal complaint describes how Lambert entered the stadium on June 2 after finding an unlocked door and wandering to the playing field with grounds crew present. He told police he decided to commandeer the tractor because he had never driven one before and wanted to carve his name into the grass with the tires.

"The tractor didn’t move fast enough for that to happen, but Lambert nevertheless drove across the field while raising and lowering the front bucket, damaging the pitcher’s mound and digging holes elsewhere on the field, according to the complaint."

Lambert knew that he was being filmed by grounds crew members while they waited for the police to arrive, “so he decided to show off.” He was allegedly attempting to sign his name in cursive.

The Brewers put out a statement saying that it was "minor" and they said that there was “zero indication” Lambert’s actions were connected to social injustice stemming from local and national police brutality protests.