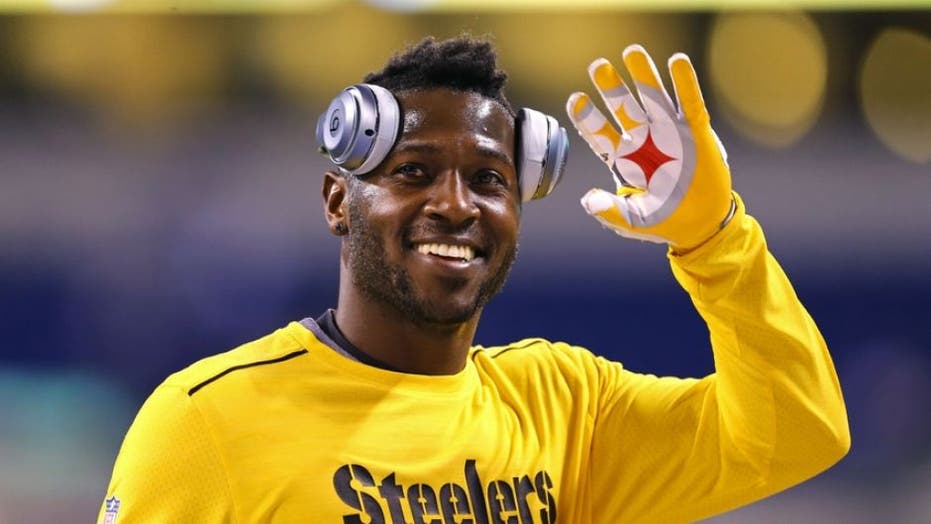 The brawl between Myles Garrett and Mason Rudolph drew a response from almost every crevice of the NFL world, including former Pittsburgh Steelers wide receiver Antonio Brown.

Brown tweeted Friday a picture of himself in a Steelers uniform from a game against the Cleveland Browns in 2014. The picture was of him kicking then-punter Spencer Lanning in the face on a punt return. He accompanied it with "This for you Mason!!!!!"

The play occurred in the beginning of that season and Brown was later fined $8,200.

Brown and Rudolph were teammates during the 2018 season. The Steelers selected Rudolph in the third round of 2018 NFL Draft from Oklahoma State. It was Brown’s last season with the Steelers.

He was traded to the Oakland Raiders in March, released from the team, signed with the New England Patriots and was cut from them in September.

Brown reportedly met with the NFL for the first time over the allegations on Thursday. According to ESPN, the two parties met for eight hours and the wide receiver “felt it went well.”

Brown has denied all the allegations against him.

The fight between Garrett and Rudolph happened in the closing seconds of the game.

Rudolph had thrown a short pass to running back Trey Edmunds when Garrett rushed him and threw him down on the ground. The two then began to get into a scuffle on the ground when Steelers offensive linemen Matt Feiler and David DeCastro tried to break it up.