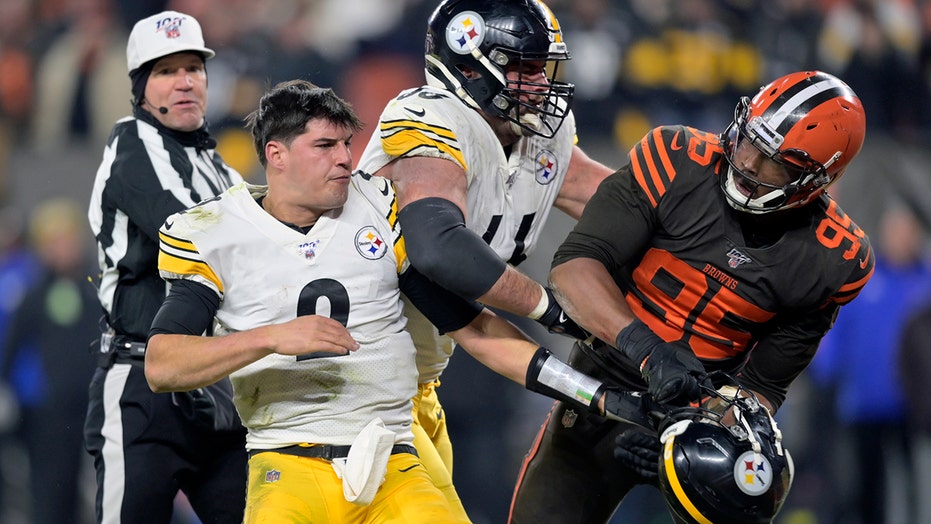 Pittsburgh Steelers quarterback Mason Rudolph walked away unscathed from a brawl with Cleveland Browns defensive end Myles Garrett toward the end of their matchup Thursday.

In their skirmish, Garrett removed Rudolph’s helmet and hit him on the head with it. Moments later, Rudolph was pushed onto the ground by Browns defensive lineman Larry Ogunjobi.

The social media sphere exploded with calls for Garrett to face charges. And while it’s unclear what the NFL will do at this point, Rudolph’s agent, Timothy Younger, told the Pittsburgh Post-Gazette he was still gathering information about the incident before any decisions on civil or legal action are made.

Younger also tweeted on the incident.

“The chain reaction began here with a very late take down following a pass. Very late,” Younger wrote. “That happens every Sunday. It is typically followed by pushing and shoving, even by the QB, and that usually ends it. However, what followed tonight cannot be defended by reasonable minds."

“There are many risks an NFL QB assumes every snap taken on the field. Being hit on your uncovered head by a helmet being swung by a 275-pound DE is not one of them. Tonight could have had a catastrophic ending. The matter will be reviewed thoroughly.”

Rudolph called Garrett's decision to hit him in the head with his own helmet "cowardly."

Rudolph did miss a few games this season with a concussion after being hit in the head on a tackle from Baltimore Ravens defensive back Earl Thomas.

Suspensions and fines are likely to be handed down. Garrett has already been fined more than $50,000 for two separate incidents earlier in the season.