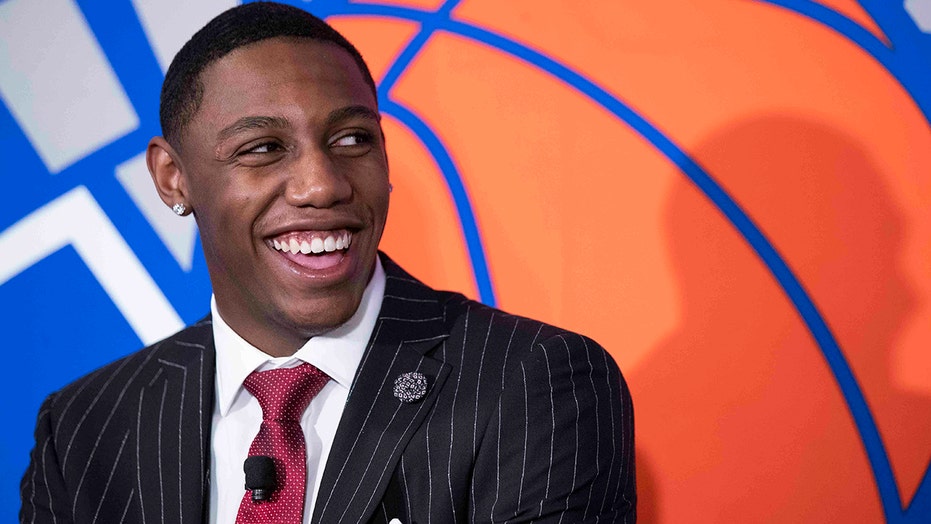 New York Knicks rookie R.J. Barrett will look to make a great first impression in his first NBA season but a recent revelation may have some fans calling for a foul instead.

Barrett spoke to the New York Post and revealed he didn’t have an affection for any New York City teams and instead is a big fan of an athlete that has been hurting New York Jets fans for years.

“I’m not gonna lie, I’m a huge Patriots fan, so I like Tom Brady,” Barrett said in a story published Sunday. “I like to watch the best in every sport, so definitely like Tom Brady or Tiger Woods, his comeback story, or even Usain Bolt. I look up to those guys just because they’re great.”

Barrett, who was born in Toronto, revealed he was a bit reluctant to mention the quarterback who has won six Super Bowls and has beaten the Jets 27 times in 34 meetings over the course of his career.

“Everybody always gets mad at me for being a Patriots fan. I guess it’s ’cause they win all the time. I love the way Tom Brady approaches the game. He’s, like, what, 41? And he’s still winning titles, so I like that,” he said.

LAVAR BALL SAYS HIS COMMENTS ON ESPN WERE NOT SEXUAL, CALLS OUT HOST

Knicks fans probably won’t hold his allegiances against him too much. New York drafted Barrett with the No. 3 pick on Thursday. Barrett was an All-American selection in his only season at Duke, averaging 22.6 points and 7.6 rebounds in 38 games.