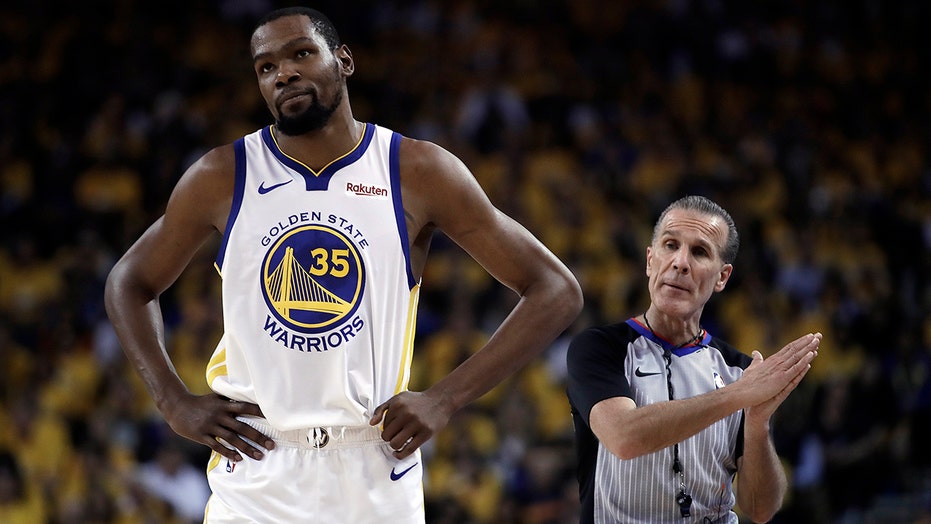 Kevin Durant reportedly declined his $31.5 million player option with the Golden State Warriors and will become a free agent when the period begins Sunday.

Durant and his business manager are in New York to explore different options, ESPN reported. The move wasn’t totally unexpected as he’s going to attract a ton of interest during free agency.

What prospective teams will have to take into consideration when deciding what to offer Durant is when he will be able to fully recover from a ruptured Achilles he suffered during the NBA Finals. Durant also was suffering from a quad injury that took him out for most of the series against the Toronto Raptors.

Durant is expected to draw interest from the Warriors, Brooklyn Nets and New York Knicks, among other teams. He is also expected to command a max contract. The Warriors can offer him the longest deal with the most money, but the Nets are reportedly the front runners to land the two-time NBA champ.

According to ESPN, he can sign a five-year, $221 million contract with the Warriors or a four-year, $164 million deal with another team.

Durant has been with the Warriors since the 2016-17 season. He won two NBA Finals MVPs in that span, helping elevate the Warriors dynasty.