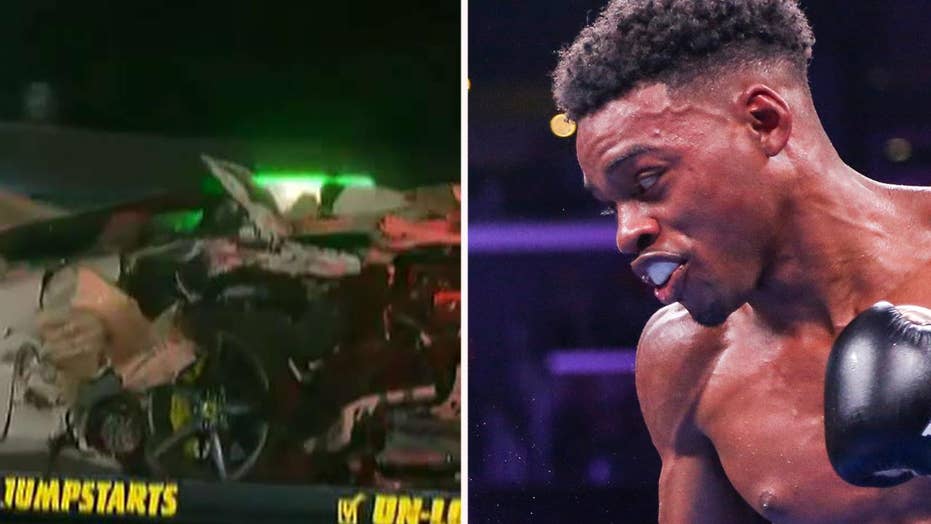 The boxer has been rushed to the hospital after his car slammed into a median and flipped multiple times in Dallas.

Dallas police said a “high-profile man” was the victim of a car crash in the city’s downtown. Photos on social media showed the man’s white Ferrari completely destroyed stemming from the crash.

Sources told FOX 4 News that Spence was the victim in the crash.

Spencer was reportedly ejected in the rollover crash and transported to the hospital and was expected to survive.

Spence moved to 26-0 with the victory.

“This is a lifetime dream,” he said after the Sept. 28 bout. “It shows hard work pays off. ... Shawn Porter is a rough and awkward fighter. I didn't get off what I wanted to. He's a true champion. He made it tough ... (but) all my punches have bad intentions.”