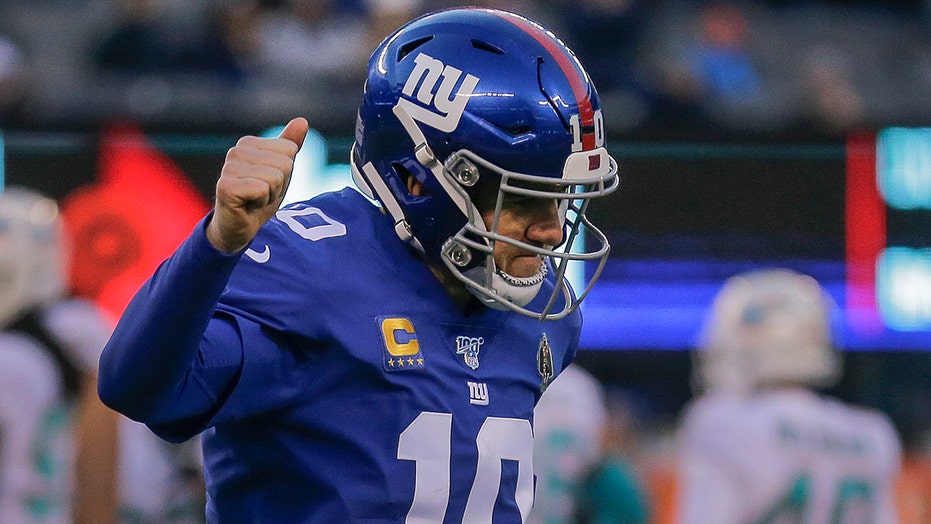 The Giants issued a statement following the retirement announcement, saluting Manning for his contributions to the organization and highlighting his two Super Bowl MVPs.

"For 16 seasons, Eli Manning defined what it is to be a New York Giant both on and off the field," said John Mara, the Giants' president and chief executive officer.

File-This Feb. 3, 2008, file photo shows New York Giants quarterback Eli Manning, left, and his coach Tom Coughlin looking at the Vince Lombardi Trophy as they celebrate after the Giants beat the New England Patriots 17-14 in the Super Bowl XLII football game in Glendale, Ariz. The man who has been the face of the New York Giants since 2004 is probably going to make his final appearance this weekend. Manning's 16-year Giants' career that has included two Super Bowl titles likely will come to an end Sunday, Dec. 29, 2019, when New York tries to spoil the Philadelphia Eagles bid to win the NFC East. (AP Photo/Charlie Riedel, File)

"Eli is our only two-time Super Bowl MVP and one of the very best players in our franchise's history," he continued. "He represented our franchise as a consummate professional with dignity and accountability. It meant something to Eli to be the Giants quarterback, and it meant even more to us."

The Giants thanked Manning on Twitter on Wednesday and provided a video of his top 10 moments with the team.

Manning is also the only player in franchise history to suit up for 16 seasons; his 236 regular season games (234 starts) and 248 total games are both Giant records.

He will make his official retirement announcement on Friday morning during a Giants news conference, ESPN reported.