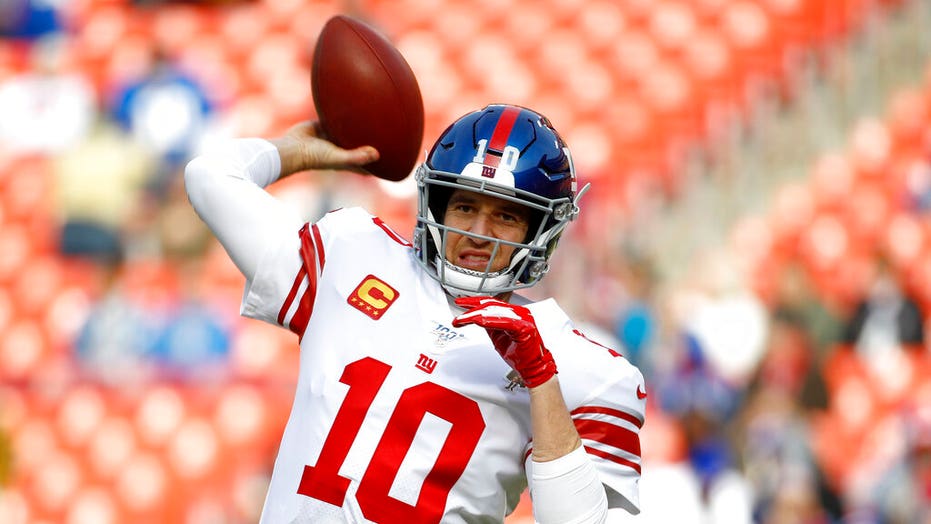 Eli Manning, the New York Giants quarterback who led the team to two Super Bowl victories, is set to announce his retirement after 16 seasons, the team said Wednesday.

The Giants tweeted a tribute to Manning with the hashtag, #ThankYou Eli.

Manning's stellar career included nearly every passing record in the Giants' history. He's also one of only five players crowned Super Bowl MVP twice. Highlight-reel plays included his toss to wide receiver David Tyree for the "Helmet Catch" against the New England Patriots in Super Bowl XLII; he also completed 30 of 40 passes with no interceptions in their rematch for Super Bowl XLVI.

But, his future in the NFL had been in doubt since the end of the season. His contract with the Giants expired after the team's 4-12 season, and there was little chance he would be returning after his long-time starting job went to rookie Daniel Jones in 2019.

Manning said he wanted to think about his future -- and roughly three weeks after the season ended, he decided his career was over.

"For 16 seasons, Eli Manning defined what it is to be a New York Giant on and off the field," John Mara, the Giants' president and chief executive officer, said in a statement.

"Eli is our only two-time Super Bowl MVP and one of the very best players in our franchise's history. He represented our franchise as a consummate professional with dignity and accountability. It meant something to Eli to be the Giants quarterback, and it meant even more to us. We are beyond grateful for his contributions to our organization and look forward to celebrating his induction into the Giants Ring of Honor in the near future."

Manning finished his career with 57,023 passing yards, 366 touchdown passes, and 4,895 completions, ESPN reported. As a starter in the regular season, he finished with a 117-117 record.