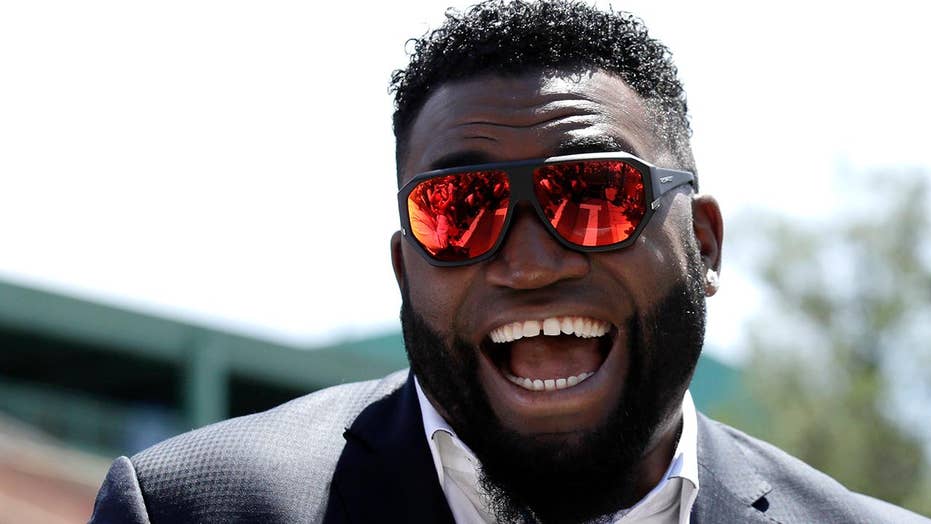 Six suspects have been detained in the shooting of former Boston Red Sox star David Ortiz, including the alleged gunman, authorities in the Dominican Republic said Wednesday.

Four other suspects were being pursued in the shooting, which witnesses said was carried out by two men on a motorcycle and two other groups of people in cars, the country's chief prosecutor, Jean Alain Rodríguez, told a news conference.

"At this moment, they are being interrogated and we will continue deepening the investigation to get to the truth about what happened," Rodríguez said, adding: "Nobody involved in this lamentable episode will remain in impunity, not even the material or intellectual author" of the crime.

The alleged shooter was identified by authorities as Rolfy Ferreyra, aka Sandy.

Police Maj. Gen. Ney Aldrin Bautista Almonte said the coordinator of the attack was among the suspects in custody. He claimed the man was offered 400,000 Dominican pesos, or about $7,800, to carry out the shooting Sunday evening at a popular Santo Domingo bar.

Prosecutors have said the two men on the motorcycle were seen on security camera footage talking with other people in a gray Hyundai Accent and in another Hyundai in a nearby street before the shooting.

Dominican prosecutors said in a court document that one of the suspects, Oliver Moisés Mirabal Acosta, was seen driving the Accent before mounting a motorcycle driven by 25-year-old Eddy Vladimir Feliz García.

“In one of the videos it was possible to observe both the accused and the shooter planning the commission of the incident right on Octavio Mejía Ricard Street, which is parallel to the place where the event took place,” prosecutors said in the court document.

The document also revealed ineptitude, saying Feliz Garcia was captured after he skidded and fell off his bike as the pair tried to flee. Enraged bystanders captured Feliz Garcia and beat him bloody before handing him over to police.

Acosta was captured Tuesday night in the town of Mao in the north of the country.

Feliz García’s lawyer said his client, who has been charged with being an accomplice to attempted murder, is an innocent motorcycle taxi driver who had no idea his passenger was going to commit a crime.

“He didn’t know what they were going to do. He’s a fan of David’s,” the attorney, Deivi Solano, said Tuesday.

Meanwhile, in Boston, Ortiz’s wife said in a statement that the former Red Sox slugger was able to sit up and take some steps as he recuperates in the intensive care unit at Massachusetts General Hospital.

“His condition is guarded, and he will remain in the ICU for the coming days, but he is making good progress toward recovery,” Tiffany Ortiz said in the statement.

The Dominican Republic is one of the world’s most dangerous countries. The murder rate stands at 12.5 killings per 100,000 people, placing the Dominican Republic in the top 10 percent to 15 percent of the most violent countries in the world, according to the U.S. State Department. However, friends of Ortiz tell The Associated Press that the charismatic slugger traveled the dangerous streets of Santo Domingo with little or no security, trusting his fans to protect him.

The 43-year-old Ortiz frequently travels to Santo Domingo, where his father and a sister live. The former Red Sox great was active on the social scene there, hitting nightspots with friends who included TV personalities and Dominican reggaeton musicians. Ortiz, who made nearly $160 million over his 20-year career, also repeatedly referred to growing up amid gang violence and drug trafficking in his 2017 autobiography "Papi: My Story," writing that "it had a devastating effect on the culture then, and it's still a huge problem now."

Ortiz played 20 years in Major League Baseball, 14 of them with the Red Sox. He won three World Series championships with Boston, was a 10-time All-Star and hit 541 home runs during his career.