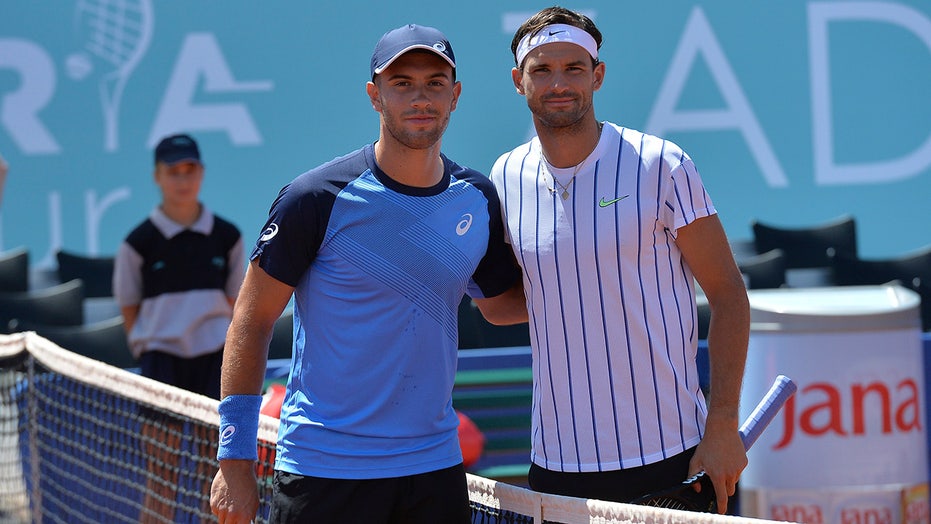 Borna Coric has become the second tennis player to test positive for the coronavirus after participating in an exhibition event in Croatia.

Coric, a Croatian player ranked 33rd in the world, was among several dozens of people who were tested for the virus after Grigor Dimitrov announced that he was positive. That led to the cancellation of the exhibition event in Croatia, where top-ranked Novak Djokovic was scheduled to play in the final.

Coric played a match against Dimitrov in the Adriatic resort of Zadar on Saturday in the second leg of the exhibition series.

“Hello everyone, I want to inform you that I am positive for Covid-19. Please everyone who has been in contact with me for the last few days gets tested!" Coric posted on Twitter.

He said he was feeling well and has no symptoms.

Dimitrov, a three-time Grand Slam semifinalist, is the highest-profile current player to say he has the virus. His announcement Sunday on his Instagram page comes at the end of a week when the U.S. Open said it would go forward.

After Dimitrov's announcement, Djokovic flew to Belgrade to get tested. The other participants and their contacts were tested on Sunday in Zadar.

“He (Djokovic) will conduct all the tests, ” the top-ranked player's media team in Belgrade said in a statement on Monday. ”Then, we'll wait for the results. He is fine, he has no symptoms but nonetheless, he needs to do the test and then we will see what’s going on."

Djokovic has not said if he would play at the U.S. Open from Aug. 31 to Sept. 13, citing strict anti-virus measures at the Grand Slam event.

Some of the sport’s top names, including defending men’s champion Rafael Nadal and top-ranked Ash Barty, have expressed reservations about heading somewhere that was a hot spot for the COVID-19 outbreak. Others expressed an eagerness to return to action.