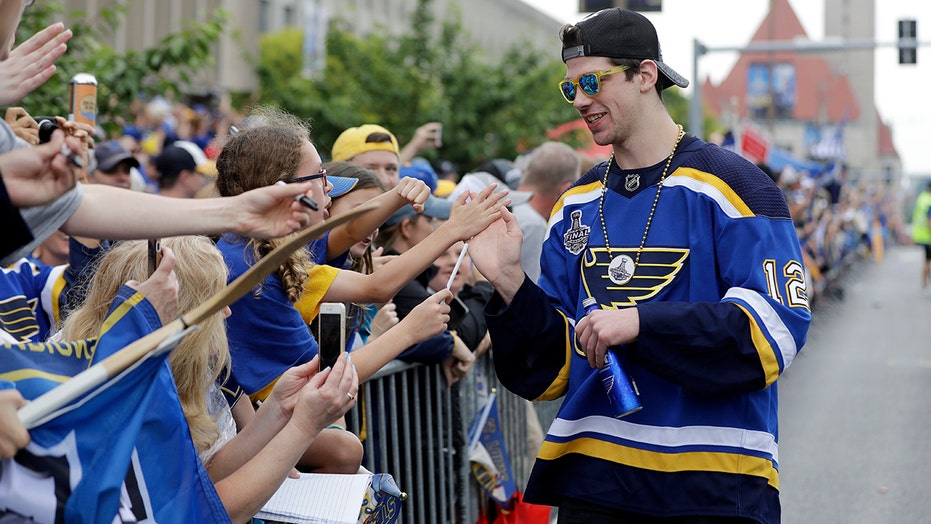 Partying hard after winning the Stanley Cup can take a toll on the average human let alone and athlete and that notion stayed true during the St. Louis Blues’ victory parade Sunday.

Zach Sanford, who scored a goal during the Blues’ Game 7 victory over the Boston Bruins, appeared to be a brief casualty of the team’s celebration.

A video posted on 4th Line Goon’s Facebook page showed Sanford riding in the back of a convertible getting cheered on by the fans. Moments later it appears Sanford puke all over himself and the person in front of him.

It appears Sanford was fine after the puking incident.

The 24-year-old played in 60 games for the Blues this season. He recorded 20 points and scored eight goals. In the playoffs, the Game 7 goal was his lone score in the entire postseason.